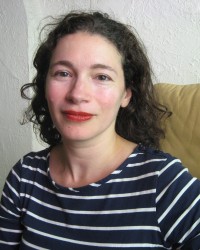 The eyes of the world are on the United States as it holds thousands of immigrants and refugees — even very young children — in detention camps, with plans for thousands more.

Jordanna Bailkin, a University of Washington professor of history and international studies and a scholar of modern Britain, can discuss how Britain's historic treatment of refugees can offer lessons for other liberal democracies now facing refugee crises — including the United States.

Bailkin is the author of "Unsettled: Refugee Camps and the Making of Multicultural Britain," published this summer by Oxford University Press. During the 20th century, Britain housed hundreds of thousands of refugees from Europe, Africa and Asia. But these "refugee camps," Bailkin writes, were never only for refugees — the refugees often shared those spaces with Britons who had been displaced by war and poverty.

In light of current events, Bailkin can discuss:

Bailkin's other research interests include decolonization, comparative colonialisms, legal history, urban identity, gender history and the history of material culture. Her last book, "The Afterlife of Empire" (Berkeley, 2012), explored how decolonization transformed British society and the welfare state in the 1950s and 1960s.