Author of “Understanding Terrorism” and “Understanding Homeland Security” discusses 9/11 anniversary, 20 years of the War on Terror, and future threats to the U.S. 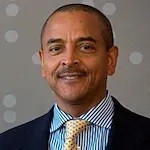 Ahead of the 20-year anniversary of the September 11 attacks, Gus Martin reflects on lessons learned from the War on Terror and the War in Afghanistan, and the ever-changing landscape of extremism at home and abroad.

Martin is a professor of criminal justice administration at California State University, Dominguez Hills. He has authored several books on terrorism, including Understanding Terrorism: Challenges, Perspectives, and Issues, originally published in 2003 and now in its seventh edition (2020), and Understanding Homeland Security, now in its third edition (2019). His CSUDH expert profile is available here.

Are Americans safer now than we were 20 years ago? Are we better protected against terrorism?

Leading up to 9/11, our biggest security threat was from international terrorists crossing borders and sending their own operatives into the United States. We were expecting more mass casualty events from the international environment then than we are now. Since 9/11, that has not happened in the United States, but it has happened in Europe – in Brussels, Paris, London, and elsewhere.

What has also really changed is the use of the Internet to recruit and radicalize people. That certainly has happened in the United States – look at the 2016 mass shooting in Orlando and the 2013 Boston Marathon bombings as examples. The radicalized “lone wolf” scenario is a very real threat.

How do disinformation and division threaten our national security?

Disinformation is a tactic where you feed false information to an adversary and hope they believe it. It’s easy to do, and with the advancement of mass communications and the Internet, it’s become that much easier than 20 years ago.

The extremism we’re seeing in the United States and elsewhere is absolutely fed by disinformation. We were united after 9/11 and during the early phase of the War on Terrorism, but we have since lost our cohesion in many ways. We are a very divided people now.

That loss of cohesion leaves us not only more vulnerable to attacks from international terrorism movements, but to our own domestic terrorist movements. It also leaves us more vulnerable to state actors, like we saw with Russian interference in our election process. That will happen again. Already, state actors are taking advantage of our chaotic pullout from Afghanistan.

That chaotic end to the War in Afghanistan is coinciding with the 20th anniversary of 9/11. What lessons can be learned about how we respond to terrorism?

We need to be very careful about mission creep. We went into Afghanistan in the first place to hunt Al Qaeda and eliminate that threat. Arguably, our mission succeeded in 2011 when we killed Osama bin Laden. Perhaps we should have declared victory and come home then. But the mission creep came out of nation building. The U.S. mistakes in Afghanistan go back over four or five presidential administrations. There was not a single administration that did not make a mistake.

The lesson that enemies of the U.S. are learning from the Taliban’s model is that a patient, holy war will prevail. Al Qaeda and the Islamic State think longitudinally, in longer terms than we do. Here in the U.S., we think 20 years is far too long. They would say, what about three generations from now? The war is far from over from their perspective. We have to maintain our vigilance.