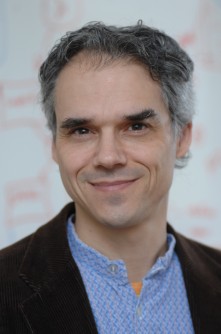 Professor Thomas Hills from the University of Warwick's Department of Psychology

Newswise — News stories about terrorism, disease outbreaks, natural disasters, and other potential threats become increasingly negative, inaccurate and hysterical when passed from person to person, according to new research by the University of Warwick.

Led by Professor Thomas Hills in Warwick’s Department of Psychology, the study finds that even drawing the public’s attention to unbiased, neutral facts does not mitigate this contagion of panic.

This is the first research ever to investigate the impact of dread on the social amplification of threat, and to examine the re-exposure of balanced information on the social diffusion of messages.

The results have important implications for contemporary society - with the constant proliferation of news stories (both legitimate and fake), rumours, retweets and messages across social media.

The researchers analysed 154 participants on social media. They were split into 14 chains of 8 people, with the first person in each chain reading balanced, factual news articles, and writing a message to the next person about the story, the recipient writing a new message for the next person, and so on.

The sixth person in each chain was given the message from the previous person, alongside the original neutral news story.

In every chain, stories about dreaded topics became increasingly more negative, and biased toward panic and fear as it was passed from person to person – and crucially, this effect was not mitigated when the original unbiased facts were reintroduced.

Professor Thomas Hills from the University of Warwick’s Department of Psychology, commented:

“Society is an amplifier for risk. This research explains why our world looks increasingly threatening despite consistent reductions in real-world threats.

“It also shows that the more people share information, the further that information gets from the facts and the more resilient it becomes to correction.”

It is authored by Robert D. Jagiello and Thomas T. Hills (University of Warwick).