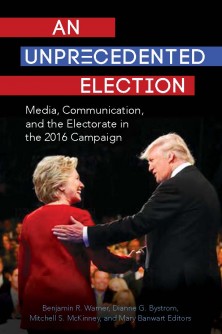 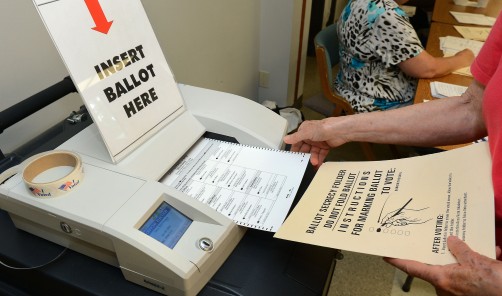 Newswise — AMES, Iowa – Speculation about the possibility of a midterm election shakeup is growing as filing deadlines for congressional candidates approach in several states. This fall’s outcome may signal more than a change of direction in Washington, said Dianne Bystrom, director of Iowa State’s Carrie Chapman Catt Center for Women and Politics. It also may determine if 2016 was an anomaly or the new norm for future elections.

Bystrom, co-editor of the newly released book “An Unprecedented Election,” says the 2016 presidential election was unprecedented on many levels, including political communication. The book includes a series of academic studies analyzing how news coverage, advertisements, entertainment, etc. shaped and influenced the election. Bystrom, who has co-edited books on four of the last six presidential elections, says 2016 changed the rules.

“This election blew up all the norms by which we’ve studied other campaigns, and that’s what made it unprecedented,” Bystrom said. “Theories and studies we have applied to previous elections, we could just throw out the window.”

For example, previous research has shown the outcome of presidential debates make a difference in a close race, with the winner of the debate often winning the election. Several media outlets considered Hillary Clinton the winner after each debate, but that did not give her an advantage, Bystrom said. The 2016 race also challenged theories about how voters respond to a candidate’s image.

Reporters regularly use social media to share information from campaign events and debates in real time, before they can fact check a candidate’s comments. Daniela Dimitrova, a professor in Iowa State’s Greenlee School of Journalism and Communication, says in this environment, fact checking must be immediate to be effective. A delay between the original post and the one that’s been fact-checked decreases the likelihood readers will see both.

This is one of the challenges Dimitrova and Kimberly Nelson, a graduate student in journalism, identified in their analysis of how three leading national newspapers fact-checked statements made during the presidential debates. Dimitrova says the research clearly shows the difficulty in determining if the statement was correct or incorrect. In many cases, there were too many unknowns to say with certainty.

“We found the media fact-checking was often inconclusive. They did not straight out say, ‘this is wrong.’ Often the fact-checking included statements such as, ‘it depends’ or ‘there wasn’t enough information,’” Dimitrova said. “There is a lot of context and nuance missing, so it’s difficult for reporters to know which context the politician was talking about in the debate.”

The newspapers identified 40 to 45 percent of the fact-checked statements as incorrect. The remainder were correct, partially correct or inconclusive, Dimitrova said. In the book, she and Nelson offer recommendations to help news media improve fact-checking. For example, including research from nonprofit organizations or linking to government data is not only helpful for readers, but appears unbiased.

More women are running for and getting elected to office, but gender stereotypes still influence how candidates communicate with voters. The book also includes research by Kelly Winfrey, an assistant professor in ISU’s Greenlee School; and James Schnoebelen, associate professor at Washburn University, which found men and women use similar tactics in campaign ads. On the surface, this may appear to be an indicator of gender equality, but Winfrey says the differences between genders, while small, were telling.

Their analysis of video advertisements in mixed-gender congressional races found women more often discussed masculine issues, such as national security and the economy, and men were three times as likely to talk about senior citizen issues, conventionally a feminine topic. Women emphasized traits of strength and being a fighter nearly twice as much as men.

“Women are using their advertising to overcome the idea that they aren’t strong enough to lead. By virtue of their gender, male candidates are often assumed to have desired leadership traits and be better able to handle certain issues, like national security, that require those traits,” Winfrey said.

The researchers also looked at the breakdown of negative campaign ads by gender. They found women were more likely than men to use attack ads.

Social media has changed how candidates connect and engage with voters, but there is little research on its effectiveness. In a study published by the Journal of Political Marketing in October, Dimitrova and Bystrom found not all social media is equal in how it influences voter behavior. The type of use – active or passive – makes a difference.

The amount of negative information and polarization on social media may be a turnoff for users, Dimitrova said. She and Bystrom recommend candidates tailor social media content to encourage their followers to actively share and engage. 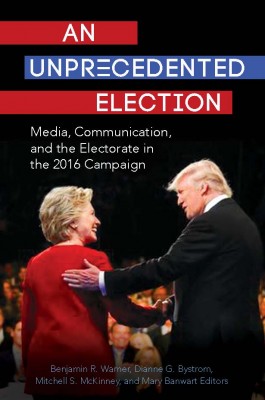 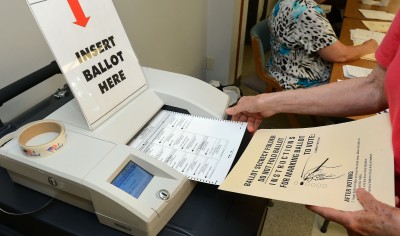 An Unprecedented Election: Media, Communication, and the Electorate in the 2016 Campaign; Journal of Political Marketing