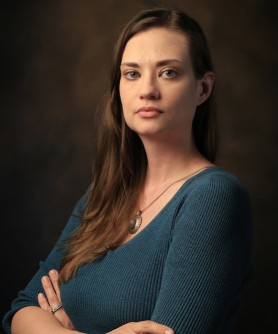 Amy Cooter, senior lecturer in sociology at Vanderbilt, has done extensive fieldwork with militias and can comment on potential post-election violence.

Newswise — Media Note: Vanderbilt has a 24/7 TV and radio studio. The studio is free for Vanderbilt experts, other than reserving fiber time. Please call 615-322-NEWS to book.

American militia groups, emboldened by the recent acquittal of members of the Bundy group of charges related to their armed occupation of a wildlife preserve in Oregon and the angry rhetoric of Donald Trump, may stage similar standoffs in the future, says Amy Cooter, senior lecturer in sociology. “It sets both a legal and psychological precedent for these kinds of demonstrations,” Cooter says. “I would not at all be surprised to see groups like this organize, take action and maybe even erupt violently in the future.”

Cooter studies the motivations and values of American militias and white nationalist groups. She is the first academic to perform ethnographic research on this community and one of very few academics to study them through direct interviews and participation.

Cooter says militias tend to fall into one of two camps: Constitutionalists, ardent libertarians who see themselves as defending property rights and personal liberty —particularly gun rights — against government overreach; and Millenarians, who tend to feel more personally oppressed by the government and who tend to be extremely suspicious of public institutions. The latter group, Cooter says, often endorses government conspiracy theories and is more prone to violence.

The results of the presidential election could trigger militia action, Cooter says. “Many of [Trump's] ideas and words are similar to theirs,” she says. Should he lose the election, she says, even if he concedes, many may view it as a confirmation that the system is rigged—and potentially even view it as a call to arms.

“It would be overstating it to say this would be a permanent state of existence for them, though,” Cooter said. “We've seen regular ebbs and flows in their activity and general distrust alongside shifts in the presidential administration. Similar concerns were voiced after both of Obama's elections, especially his first, but things calmed to a relatively stable state for most of his terms.”

Cooter has published articles on militias, neo-Nazi activity and extremism in Studies in Ethnicity and Nationality, Sociological Inquiry, and was featured as a graduate student on the Maddow Blog while doing her dissertation research with the Hutaree Militia in Michigan.