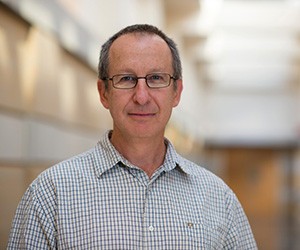 Kaufman is also a professor of history and peace studies and an expert in Middle East history and politics, nationalism, colonialism, border studies, and memory studies.

"President Trump’s plan to recognize Jerusalem as the capital of the State of Israel is ill-advised at best and dangerously volatile at worse. Trump confirms the truism that US policy vis-à-vis Israel/Palestine is domestic policy rather than foreign policy as it appeals mostly to his Christian conservative base that has long supported Israeli policies in the West Bank and East Jerusalem.

Israelis do not need this recognition as they have practically regarded Jerusalem as their capital since the foundation of the state, with or without international endorsement. Palestinians and other Arab states see it as a flagrant assault on their aspirations over at least the Old City the Arab neighborhoods of Jerusalem.

The declaration raises a few questions and concerns:

Trump could use this declaration constructively. He could state that the US would recognize West Jerusalem as the capital of Israel and that the fate of the Old City and East Jerusalem should be determined in a negotiated agreement between the parties. But, clearly, this would not be his route.

Instead, we see a careless statement that would practically change nothing, would have no positive and constructive implications and that could cost the lives of many. Still, it will give President Trump what he needs the most: more attention and a sense of self-importance."