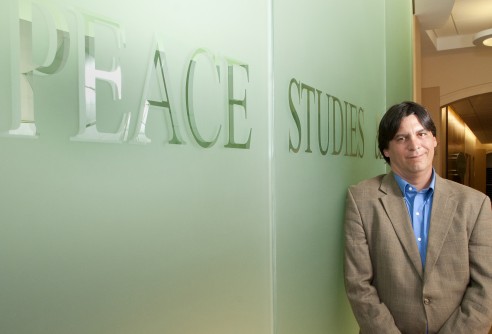 Right-wing extremist groups are increasingly using the internet to spread their messages, and more and more it's young adults they're reaching in the process, according to a Virginia Tech expert who studies the topic.

James Hawdon, the director of the Virginia Tech Center for Peace Studies and Violence Prevention, notes that “extremism comes in many forms and colors.” But studies he and his colleagues have published and continue to work on show a rise in hate groups in the United States from the political right in the last decade.

“Extremist groups such as the KKK started using the internet almost immediately after it was developed. But the number of active hate groups operating in the United States increased by 66 percent between 2000 and 2010, and by 2010 there were over 1,000 active hate groups online. Although the number of active groups are down since the peak year of 2011, they have increased since 2015. Now, individuals maintaining sites or commenting online are the main disseminators of online extremism.”

“Based on our data, more people are seeing extremist messaging online. The number of Americans ages 15 to 21 who are exposed to online extremist messages increased by over 20 percent, from 58.3 percent to 70.2 percent, between 2013 and 2016.”

“The growth of hate groups from the political right has been especially pronounced, as there was a substantial increase in right-wing hate group formation and activity after the 2008 election of Barack Obama.”

“Using our 2016 data, we see that of those who report seeing extremist messaging online:

“Why this has happened is complex, but it should be noted that extremism has a long history in the United States. Indeed, the number of violent acts attributable to extremists in the country has decreased since the 1970s. Back then it was largely left-wing extremist groups responsible for the violence. However, currently right-wing extremism is the most common form.”

Hawdon is a professor of sociology and director of the Virginia Tech Center for Peace Studies and Violence Prevention.