Consumer Expert Offers Insight On Economics And The Election 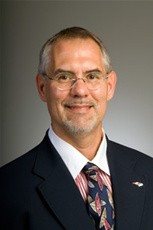 Newswise — As fears escalate over financial instability and rising prices, issues related to the economy are increasingly becoming the focal points of this year's presidential election.

Dr. Michael Walden is an expert on consumer economics, economic outlook, public policy and the economics of the southeast. He is the William Neal Reynolds Distinguished Professor of Agricultural and Resource Economics at North Carolina State University, directs the semiannual North Carolina Economic Outlook, and has a new book on the North Carolina economy coming out from UNC Press in September.

Walden has been featured on election issues in The Economist, Forbes and Reuters, and on broader economic issues in the Charlotte Observer, SmartMoney, and various other outlets.

"North Carolinians have similar concerns right now to the rest of country," Walden says. "They're concerned about gas prices, house prices and health care." However, Walden says North Carolina "may be more sensitive to issues related to where the economy is going, and what that means for future job prospects."