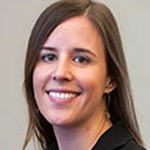 The U.S. Supreme Court is scheduled to hear the contraceptive mandate challenge on Tuesday. Elizabeth Sepper, health law scholar at Washington University in St. Louis, is available to discuss the case before the Supreme Court. Sepper is a coauthor on an amicus curiae brief to the Supreme Court illustrating the unconstitutionality of Hobby Lobby’s case.

Sepper’s recent comments about the contraception mandate debate (video available) and information about the amicus curiae brief are below:

The controversy and legal battles surrounding the contraception mandate in the Affordable Care Act have led to a new – and worrisome – legal concept: the idea of a “corporate conscience,” warns Elizabeth Sepper, JD, who teaches at Washington University School of Law in St. Louis.

Sepper, an associate professor of law at Washington University, contends the dangerous doctrine of “corporate conscience” has begun to emerge as courts endow secular, inanimate businesses with inherently human religious and moral beliefs to excuse them from complying with the law.

The popular arts and crafts store Hobby Lobby is seeking a religious exemption from covering certain forms of contraception it would be required to provide under the contraception mandate of the Affordable Health Care Act. The case is headed to the Supreme Court, with oral arguments set to begin this spring.

“Granting the exemption would shift the cost of accommodating Hobby Lobby’s religious exercise to employees who do not share its beliefs,” argues Elizabeth Sepper, JD, associate professor of law at Washington University in St. Louis. “Such cost-shifting violates the Establishment Clause.” The Establishment Clause of the First Amendment “prohibits the government from shifting the costs of accommodating a religion from those who practice it to those who do not.”

Sepper is one of several experts who have authored an amicus curiae brief to the Supreme Court illustrating the unconstitutionality of Hobby Lobby’s case.

The legal brief states that a religious exemption for Hobby Lobby would mean that “business owner[s] in the United States will be empowered to reject insurance coverage for contraception or any other medical prescription, procedure, treatment, or health service it finds religiously objectionable.”