Cultural backlash: Is LGBTQ progress an attack on Christianity? 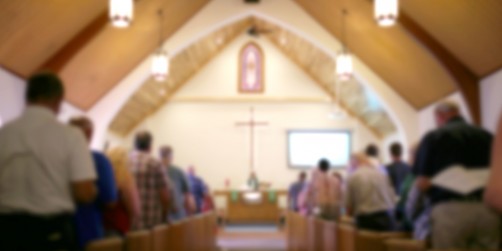 Newswise — Is Christianity under attack in the United States? It depends on whom you ask. Some church leaders and politicians claim recent LGBTQ progress — such as the 2015 U.S. Supreme Court ruling guaranteeing same-sex couples the right to marry — is an attack on Christianity.

Researchers at Washington University in St. Louis sought to understand whether that sentiment is widely shared by other Christians. Their findings from five separate studies conducted over 3½ years shed light on the root causes and consequences of such “zero-sum beliefs” — a belief that social gains for one group necessarily involves losses for the other — about Christianity and the LGBTQ community, and offer possible interventions to reduce such all-or-nothing beliefs.

The findings are published in the Journal of Personality and Social Psychology, a leading empirical social psychology journal. They show that zero-sum beliefs (ZSBs) are most common among conservative Christians and are shaped by their understandings of Christian values and the Bible and in response to religious institutions.

“Many Christians have come to see themselves as being on the losing side of the culture wars,” said Clara L. Wilkins, principal investigator and associate professor of psychological and brain sciences in Arts & Sciences. “Christians may perceive that an America where same sex marriage is legal is one in which they have lost their sway and are now victimized.

“This is especially common among conservative Christians, who also are more likely to believe that Christianity is a defining feature of being American. As a result, they see themselves as being at odds with LGBTQ individuals, who are perceived as having increasing social influence.”

Wilkins and Lerone A. Martin, co-principal investigator and director of American culture studies at Washington University, conducted five studies between July 2016 and December 2019 to explore the extent to which Christians endorse ZSBs about their relationships with LGBTQ individuals. For four of the five studies, they surveyed approximately 2,000 self-identified, heterosexual, cisgender and predominately white Christian Americans.

The February 2019 United Methodist Church (UMC) vote on language regarding human sexuality provided an opportunity for Wilkins and Martin to examine the role of church authorities in shaping attitudes. For this naturalistic experiment, they collected data in a sample of 321 United Methodists recruited at churches in St. Louis County and at the UMC General Conference.

The research was funded by the Templeton Religion Trust and as part of the Self, Virtue, and Public Life Project, a three-year research initiative based at the Institute for the Study of Human Flourishing at the University of Oklahoma.

Key findings from the studies include:

“Our research found that biblical faith can also lead to broad civic acceptance.”

Two steps forward, one step back

Applauded by LGBTQ people and advocates, these momentous changes have sparked outrage by opponents. They argue that the growing acceptance of LGBTQ individuals impedes the ability of Christians to practice their faith — as if gains for one group necessarily involved losses for the other. For example, then-Sen. Jeff Sessions described the 2015 U.S. Supreme Court ruling as an “effort to secularize” the country “by force and intimidation.”

That outrage has political implications. While the number of white evangelical Christians has decreased significantly in recent years — from 23% in 2006 to 14% in 2020, according to a Public Religion Research Institute survey — their political influence continues to grow.

“The political influence of white evangelicals goes beyond their numerical representation, in part because of their historic willingness to Americanize Christianity through mass media, laissez-faire capitalism and pragmatic political partnerships. This blending of Christianity and Americanism has helped white evangelicals create a broad community that extends beyond their stated theological and institutional commitments,” Martin said.

“Whether with the phonograph, radio, television or the internet, white evangelicals have traditionally used mass media as a bullhorn. These electric pulpits have enabled white evangelicals to disseminate their messages of Christian nationalism, culture wars and cultural grievances and political conservatism to a far-reaching constituency.

“These gospel seeds often find fertile grounds amongst political partners beyond the narrow theological confines of white evangelicalism. Politicians, many of which are not even evangelicals or committed to evangelical theology, pick up the cause and trumpet evangelical cultural and social concerns during their campaigns in an attempt to cater to white evangelical voters. These voters in turn crown such political actors as their leaders in a political bargain where the ends justify the means. In this way, the numbers of self-proclaimed evangelicals may be small, but their political influence is sizable. The election of President Donald Trump, the January insurrection and the increase in anti-LGBTQ legislation are just a few examples.”

Indeed, recent social advancements have spurred an increase in anti-LGBTQ legislation fueled in part by conservative Christian groups. According to Wilkins and Martin, the Human Rights Campaign predicted that this will be a record-setting year for anti-LGBTQ legislation with as many as 250 bills introduced in state legislatures in 2021 alone.

While the research may seem disheartening at first glance, Wilkins and Martin insist it contains a hopeful message.

“In particular, our data suggests that perceived conflict between groups is not inevitable,” they said. “In fact, we were able to successfully lower the extent to which mainline Christians perceive that LGBTQ gains come at a cost for Christians by having them reflect on biblical acceptance. According to recent analyses, mainline Christians now outnumber more conservative groups.

“In other words, we identified an intervention to successfully lower ZSBs for most Christians.”