Election 2012: Will Voters Follow Their ‘Gut Feelings’ at Polls? 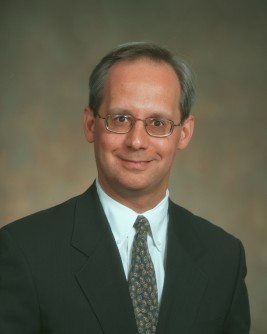 Most of the nation's voters already have decided who they will support in the presidential race, says Rowan political scientist Larry Butler, an expert in presidential politics.

Newswise — The 2012 presidential campaign has provided endless fodder for social media, water cooler conversation and “Saturday Night Live” spoofs. But, in the end, Americans going to the polls generally pull the lever based on one thing: their gut feelings, says presidential politics expert Larry Butler of Rowan University.

“Moreso than any other elected office, people vote for a president based on personal characteristics. This is the person who is going to be in your living room, so to speak, for the next four years.

In a strong showing in his first debate and by holding his own in the second, Massachusetts Gov. Mitt Romney has proven that he can be “presidential,” says Butler.

“He’s had some weak spots, but he has rounded out the presidential persona,” Butler says. “He’s looking presidential. He’s talking in a way that shows he understands people’s problems. He’s demonstrating much more of a connection to ordinary people.”

Meanwhile, Obama also has improved his standing with the American people, according to Butler.

The presidential race really is about the following, Butler says: Which side is going to get their base mobilized and win over the small percentage of undecided voters? Do voters think President Barack Obama deserves a second term? And, if not, is Romney a suitable replacement?

With the economy and jobs as the most pressing campaign issues, most of the nation’s voters have already made their Election Day decisions, says Butler.

“At this point, both campaigns are already working the margins by targeting narrow portions of the electorate,” he says.

It will be interesting to see how Romney fares in Monday evening’s final debate, which focuses on foreign policy, Butler adds.

“If you had to pick the strongest area for Obama, it is foreign policy,” says Butler. Romney is less comfortable with foreign policy, but has made some gains in that area in the past few weeks, particularly with his recent speech at Virginia Military Institute, according to Butler.

“The foundation for his foreign policy platform is there,” says Butler. “The question is whether he can talk about it comfortably.”

Republicans have the legal power to reverse the order by Wisconsin Governor Tony Evers that extends the mask mandate.

Approval ratings of political leaders surged in the early days of the COVID-19 pandemic, according to a new study published in the Proceedings of the National Academy of Sciences.

A projected 38.3 million people with disabilities will be eligible to vote in the November 2020 elections, representing 16.3% of the electorate. This exceeds the number of eligible voters who are Black (29.9 million) or Hispanic/Latino (31.3 million).

New study finds Biden, Trump both likely to be ‘Super-Agers’

In a paper published in the Journal on Active Aging researchers conclude that both 2020 presidential candidates — former Vice President Joe Biden, 77, and President Donald Trump, 74 — are likely to maintain their health beyond the end of the next presidential term. As a result, they say that chronological age and fitness should not be factors in the 2020 election.

A reporter's PressPass is required to access this story until the embargo expires on 28-Sep-2020 11:00 AM EDT The Newswise PressPass gives verified journalists access to embargoed stories. Please log in to complete a presspass application. If you have not yet registered, please Register. When you fill out the registration form, please identify yourself as a reporter in order to advance to the presspass application form.

Trump said he has "a constitutional obligation to put in nine judges — justices.” This claim is false

The claim by Pres. Trump that Nevada voters are not required to sign their mail ballots is false

Did Ginsburg Say Her ‘Most Fervent Wish’ Was Not To Be Replaced by Trump?