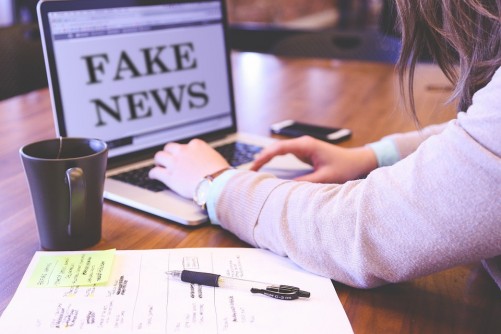 Newswise — From Facebook feeds to questionable websites, so-called "fake news" is seemingly everywhere. When it comes to the misleading information, our emotional response to seeing it can actually further its spread, according to a Bowling Green State University researcher.

Dr. Christy Galletta Horner, assistant professor in the BGSU College of Education and Human Development, and her team recently published research titled “Emotions: The Unexplored Fuel of Fake News on Social Media.” In it, Galletta Horner studied how emotions are affected by false political headlines and how reactions determine whether “stories” are shared with others in an online environment.

Conducted in part with her father, a University of Pittsburgh professor, Galletta Horner’s research focused on the 2020 Presidential Election. The duo surveyed 879 people, showing each person one of eight fake news headlines. Participants were then asked whether they would share the “story” or share opposing information, as well as how it made them feel.

The researchers found that participants fell into three categories:

Dr. Galletta Horner is available for interviews regarding her research and findings on peoples’ emotional response to “fake news.”