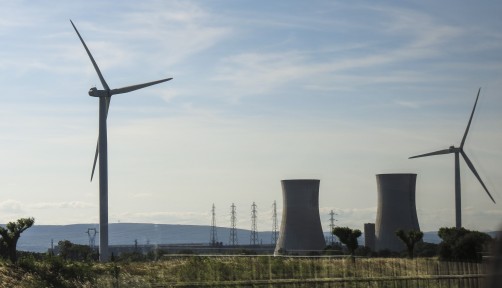 CHICAGO — Changes to the Environmental Protection Agency under President Donald Trump’s administration could motivate a new wave of grassroots support for environmental causes, said Kelly Tzoumis, a professor of public policy studies at DePaul University. Tzoumis researches U.S. and international environmental policy with a focus on environmental justice. She has published research on the history of executive orders in shaping environmental policy and decisions, from Franklin D. Roosevelt to Barack Obama.

In this Q&A, Tzoumis explains how proposed changes to environmental policy could affect Chicago, and she discusses parallels to deregulation in the 1980s. Tzoumis can also discuss the Great Lakes, wetlands and wildlife policies, brownfield redevelopment, implementation of environmental policies through executive orders, rule-makings, and environmental impact statements.

Q: How could changes to the EPA and environmental policy affect the U.S. and Chicago?A: There could be significant changes to the EPA, from funding to changes in structure. A loss of funding could cause potentially serious problems for professional jobs. Another potential effect we’d see would be to environmental justice. Disenfranchised groups would be most affected. These are the overburdened community groups both in race and income that have been impacted by pollution and contamination. One of those communities, Little Village, is right here in Chicago. I teach a community-based service learning class in Little Village on environmental justice. We have worked with Mayor Rahm Emanuel to close down the coal fire power plant. With the cuts, as well as the complete rollback of the Clean Power Plan and the re-invigoration of using coal as an energy source, there will be a tremendous effect on cities.

Q: What impact might deregulation have on environmental groups?
A: Here is what has happened in the past. In the 1980s, the (President Ronald) Reagan administration wanted to deregulate environmental requirements on the auto industry and car manufacturers. We started to see a resurgence in membership to environmental interest groups, such as the World Wildlife Federation and the Sierra Club. We saw them grow in membership. More people got concerned and joined. We saw an increase in terms of contributions. And we saw lobbying take off, such as the National Resource Defense Council. There was so much pressure from environmental interest groups in the 1980s on the Reagan administration that they had to take a step back. Many of his planned policy reductions actually slowed down. As a result there were several major resignations, including the head of EPA at that time.

Q: What impact do individuals have on environmental policy?
A: We are energy hogs here in the United States in terms of our consumption. Consuming less is one of the things we can do. This can be done by using public transit, walking and bicycling and not cranking up electricity. Use alternative energy sources besides fossil fuels. Another thing is becoming aware of our waste, whether it’s recycling, not buying a lot of hazardous chemicals, or even turning off your lights. In Illinois, 48 percent of our electricity comes from nuclear power. We are in the top three or four states in the country that are dependent on nuclear power. The problem with that is the nuclear waste. We don’t have a high-level facility to deal with our waste. We need to start thinking about this.