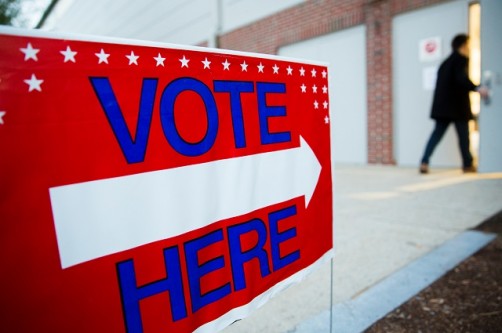 A student walks into a polling place on Election Day 2016. CIRCLE's recent analysis studied the impact of youth voting in the U.S. Senate election in Alabama.

Logos for CIRCLE and Tisch College of Civic Life

Young people were pivotal in tipping the scales for Democratic candidate Doug Jones. Young voters (ages 18-29) showed overwhelming support for Jones over Republican candidate Judge Roy Moore: 60 percent to 38 percent, according to the Edison Research exit poll. While there is no exit polling information available about young people in Alabama in 2016, exit polls in 2008 and 2012 showed split support between the two major party candidates among youth who cast ballots in those elections.

“Young people demonstrated the crucial role that they can play in this – and every – election in helping to direct the future of this country. They made their voices heard, loud and clear,” says Kei Kawashima-Ginsberg, director of CIRCLE. “The competitiveness of the election and the concerted outreach to youth likely contributed to this youth turnout percentage, one that is relatively high for a special election, and that should be a lesson to campaigns in both parties leading up to 2018.”

The full analysis is available here.

While these summary data provide important indicators of youth impact on the election, there are many perspectives and narratives about young people and elections that must be understood. Last month, CIRCLE analyzed youth voter turnout in the 2017 New Jersey and Virginia gubernatorial elections.

CIRCLE is a nonpartisan, applied research center that focuses on young people in the United States, especially those who are marginalized or disadvantaged in political life. CIRCLE’s scholarly research informs policy and practice for healthier youth development and a better democracy. CIRCLE is part of the Jonathan M. Tisch College of Civic Life at Tufts University.

Year-round and throughout each election season, CIRCLE offers new data products, interactive maps and analyses providing a comprehensive picture of youth engagement, both nationally and in targeted states and congressional districts across the country. A review of 2016 data is in their 2016 Election Center, and CIRCLE’s 2018 Youth Electoral Significance Index is forthcoming.

CIRCLE youth vote experts are available for interviews and/or analysis. Media outlets should contact Jennifer McAndrew at [email protected]; 617-627-2029 or 781-605-9917.

The only university-wide college of its kind, Tufts University's Jonathan M. Tisch College of Civic Life offers transformational student learning and service opportunities, conducts groundbreaking research on young people's civic and political participation, and forges innovative community partnerships. Its work is guided by two core beliefs: that communities, nations and the world are stronger, more prosperous, and more just when citizens actively participate in civic and democratic life; and that higher education has a responsibility to develop the next generation of active citizens. 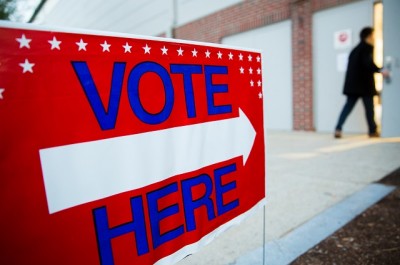 Caption: A student walks into a polling place on Election Day 2016. CIRCLE's recent analysis studied the impact of youth voting in the U.S. Senate election in Alabama.

Caption: Logos for CIRCLE and Tisch College of Civic Life