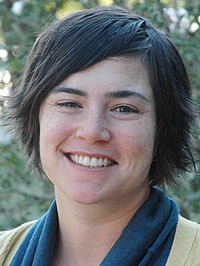 Newswise — Transgender people hoping to enlist in the U.S. military may have more hope soon.

Two U.S. district court judges have since ruled against the ban, and part of one ruling required the government to allow transgender individuals to enlist beginning Jan. 1. The government requested that deadline be postponed during the appeals process, but on Monday, Judge Colleen Kollar-Kotelly of the Federal District Court in Washington refused the request, saying the ban likely violates constitutional rights to due process and equal protection.

Emily Skidmore, an assistant professor in the Texas Tech University Department of History, specializes in gender and cultural history. She recently released her new book, “True Sex: The Lives of Trans Men at the Turn of the Twentieth Century,” which shows the long history of transgender individuals in the United States and the positive impacts they have had on their communities.