Expert Available to Comment on North and South Korean Talks, Role of the U.S. 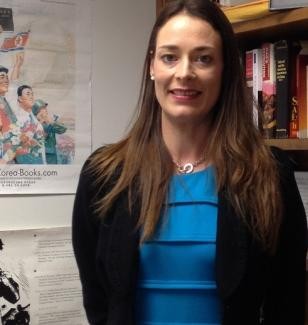 These steps include a pledge by Kim to shutter one of North Korea’s largest missile testing launch sites and a historic commitment to allow international inspectors to observe and verify the site closure.

A Florida State University expert on North and South Korean relations is available to comment on the ongoing talks on the peninsula, the significance of these latest developments and the role of the United States in the diplomatic process.

Culver specializes in Japan and Northeast Asia-related topics. She has received the William F. Sibley Memorial Translation Prize for her work translating Japanese texts into English, and she has been awarded grants and fellowships from the Japan Foundation, the Association for Asian Studies, the Institute for Advanced Study, the D. Kim Foundation, the Kajima Foundation and the United States International Educational Exchange program. Culver has taught courses on the history of North Korea, its unique role in centuries of geopolitical struggle and its enduring wariness of foreign powers.

“The recent agreement between the two Koreas is much more extensive than the one during the Singapore summit between Kim Jong Un and U.S. President Donald Trump. However, there is much in there that is purely ‘cosmetic’ and evokes earlier agreements made in the past. The opening of train routes, tourist sites and the Kaesong zone to South Koreans make for good publicity but present little new progress. President Moon also made no comments about human rights.

“It seems as if Kim is confident enough in his nuclear program that testing no longer seems necessary. Indeed, North Korea may be hoping to go the route of Pakistan, in terms of recognition as a de facto nuclear state, where its nukes are tolerated in exchange for ‘good behavior.’

“One significant step is that Kim plans to visit Seoul, which has not happened for over a decade by a North Korean leader.

“As a historian of Northeast Asia, I see unification as a process that should ultimately be decided by the Koreans themselves, as the Korean War technically has not ended. The U.S. has important interests in the region and also shares a commitment to its South Korean and Japanese allies.”