Expert Available: Family Separation at the U.S. Border – and What Research Shows 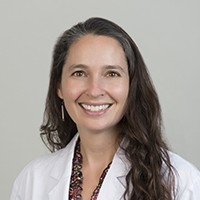 Dr. Elizabeth Barnert, a UCLA pediatrician who has studied the effects of early childhood confinement in the U.S. and of family separation during El Salvador's civil war, is available to discuss the short-term and long-term health effects of the separation of immigrant children from their families at the U.S. border.

Barnert's recent research in the International Journal of Prisoner Health has noted that early childhood imprisonment is linked to high rates of severe physical and mental health issues, even into adulthood, for the children confined.

Her prior research in Human Rights Quarterly has explored the reunification experiences of families who had been separated during El Salvador's civil war.

Barnert, herself the daughter of a Cuban refugee, is an assistant professor of pediatrics at UCLA Mattel Children’s Hospital and the David Geffen School of Medicine at UCLA.

To request an interview, please contact Ryan Hatoum at rhatoum@mednet.ucla.edu or 310-267-8304.