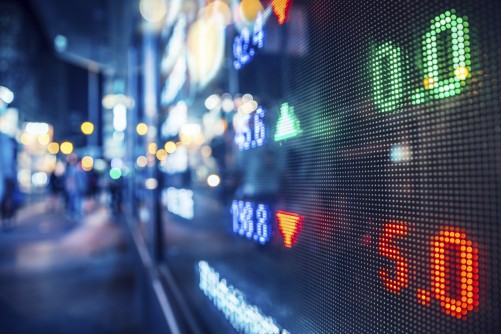 Findings of this study are based on an analysis of security market returns relative to the political party of the president, the Federal Reserve’s monetary policy, the year of the president’s term and the state of political gridlock.

Newswise — Which party wins the United States presidential election in November could have a major impact on how investors play the stock market for years to come, says a Florida Atlantic University College of Business professor who has studied the financial implications of more than four decades of political power struggles.

These findings are outlined in the paper, “What To Expect When You’re Electing,” published in the journal Managerial Finance, and are based on an analysis of security market returns relative to the political party of the president, the Federal Reserve’s monetary policy, the year of the president’s term and the state of political gridlock.

It found that political harmony – when the same party controls Congress and the White House – is better for the stock market than political gridlock.

“The conventional wisdom is gridlock is good for the market, but actually the data show the opposite,” said Luis Garcia-Feijoo, Ph.D., a professor of finance at FAU and the study’s co-author. “In fact, market returns are higher when there’s harmony, not gridlock.”

The study also found that stock market returns are higher during the third year of a president’s term — which means investors should have something to look forward to in 2019 regardless of who wins the White House in November.

Additionally, this and several other studies have found that overall stock market returns are better under Democratic presidential administrations.

“It’s not just this paper, it’s others, and they all find the same thing – that having a Democrat in the White House is better for the equity market,” Garcia-Feijoo said. “A Republican president has been historically better for bond markets.”

Garcia-Feijoo found in this study that the main driver for stock market returns may be monetary policy. Under an expansive policy – when the Fed lowers interest rates or buys Treasury bonds to inject capital into the economy – stocks tend to perform better.