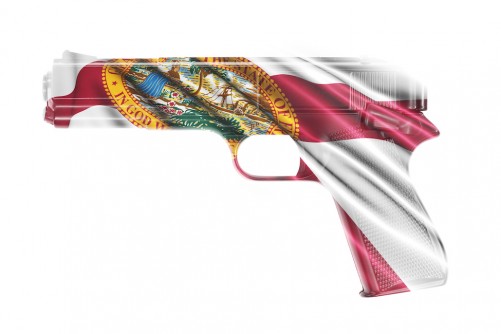 Newswise — In the wake of a mass shooting that took the lives of 17 students and teachers at a South Florida high school, a vast majority of Floridians support stricter gun laws, including a ban on assault-style rifles, universal background checks and raising the minimum age for gun purchasers, according to a statewide survey by the Florida Atlantic University Business and Economics Polling Initiative (FAU BEPI).

On the political front, Florida Gov. Rick Scott has lost ground to Sen. Bill Nelson in a U.S. Senate race hypothetical matchup. Although Scott has not officially declared his candidacy for the seat currently held by Nelson, the latest poll shows Nelson with a two-point lead over Scott, 40 to 38 percent. A poll FAU BEPI conducted at the beginning of February showed Scott leading Nelson by 10 points.

Additionally, Floridians disapprove of U.S. President Donald Trump’s response to the recent mass shooting 49 to 34 percent. Republicans approve 62 to 20 percent, while Democrats disapprove 73 to 16 percent, and Independents disapprove 53 to 23 percent.

Seven out of 10 voters want stricter gun laws while only 11 percent said laws should be less strict and 19 percent said laws should be left as is. A majority of voters of every party affiliation want stricter gun laws, with Democrats most in support at 84 percent, followed by Independents at 69 percent and Republicans at 55 percent.

Universal background checks for all gun buyers are supported by 87 percent of voters, and there is no statistical difference based on party affiliation. Nearly 4 of 5 voters (78 percent) support raising the minimum age to purchase a gun from 18 to 21, while 69 percent support a ban on assault-style rifles, with 23 percent opposed. A proposal to arm teachers is opposed by 56 percent of voters and supported by only 31 percent, with Democrats opposing by a 74 to 16 percent margin, Independents opposing 57 to 26 percent and Republicans supporting the proposal 53 to 37 percent.

“Gun control may turn out to be a pivotal issue in the midterm elections and could well be the difference in a close race for the Senate between Rick Scott and Bill Nelson,” said Kevin Wagner, Ph.D., professor of political science at FAU and a research fellow of the Initiative. “While large majorities of Floridians support background checks and an increase in the age requirement, it is not at all clear that there is sufficient support for these measures in the Florida legislature. As we are already late in the session, it will take a serious push by Gov. Scott to pass any of these reforms this year.”

When asked what they believe is the major contributor to mass shootings, the availability of guns came in first with nearly 4 of 10 voters (39 percent), while 24 percent selected a lack of mental healthcare. Violent themes on TV and video games came in third at 18 percent, while 14 percent said it’s something else. One-third of Republicans (33 percent) said the lack of mental healthcare was a major contributor of gun violence, while availability of guns was ranked as the major contributor by Democrats (56 percent) and Independents (42 percent).

More than 4 of 10 (41 percent) of voters in the survey own a gun. Republicans (52 percent) are more likely to own a gun than Democrats (36 percent) and Independents (33 percent).

“Independent voters are closer to the Democrats than the Republicans on some of these gun control issues in our poll. That could be a problem for Republicans in the fall,” Wagner said.

The survey, which polled 800 Florida registered voters Feb. 23-25, was conducted using an online sample supplied by Survey Sampling International using online questionnaires and via an automated telephone platform (IVR) using registered voter lists supplied by Aristotle, Inc. The survey has a margin of error of +/- 3.6 percentage points. Responses for the entire sample were weighted to reflect the statewide distribution of the Florida population. The polling results and full cross-tabulations are available at www.business.fau.edu/bepi.