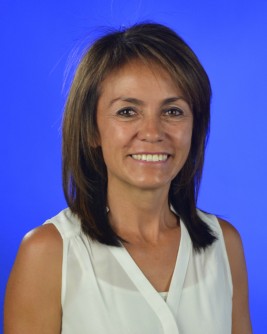 Newswise — A majority of Floridians would like to expand the Affordable Care Act (commonly referred to as Obamacare) or keep the law as is, while nearly three-quarters of them are concerned that people would lose their health insurance if the law is repealed, according to a statewide survey by the Florida Atlantic University Business and Economics Polling Initiative (FAU BEPI).

Overall, 73 percent were concerned that people would lose their health insurance if Obamacare were repealed. When asked if government should be responsible for ensuring all Americans have healthcare coverage, 64 percent said “yes” while 19 percent disagreed.

Respondents also were asked about six healthcare proposals put forth by Republican lawmakers. Only one of the proposals, lifting the $2,600 cap on flexible spending accounts to allow workers to set aside more pretax money to pay out-of-pocket healthcare expenses, had net positive support with 43 percent approving and 29 percent opposing.

A proposal to repeal the 3.8 percent tax on investment income, which helps fund Obamacare and affects households making more than $250,000, garnered 31 percent support compared with 40 percent opposition. Likewise, a proposal to replace healthcare subsidies with a refund tax credit of $2,000-$4,000 depending on an individual’s age and income had 26 percent support and 38 percent opposition.

Respondents strongly opposed other proposals as well, including reducing federal funding to the Medicaid program, which was opposed by 74 percent and supported by only 16 percent. Only 15 percent of respondents support a proposal to increase premiums by 30 percent for a year for those who let their insurance lapse for at least 63 days, while 60 percent oppose. A proposal to allow insurers to increase what they charge older consumers was the least popular, with 76 percent opposing and only 8 percent supporting.

“It is evident that Floridians oppose the new healthcare proposals,” said Monica Escaleras, Ph.D., director of the BEPI. “These proposals are perceived to be hurting low-income and older people, while benefiting those with incomes higher that $250,000.”

The online survey, which polled 500 Florida residents from March 10-13, was administered through Survey Sampling International (SSI), a Worldwide Leader in Survey Sampling and Data Collections. The survey has a margin of error of +/- 4.3 percentage points. Responses for the entire sample were weighted to reflect the statewide distribution of the Florida population by gender, race/ethnicity, region, education and age according to latest American Community Survey data. The polling results and full cross-tabulations are available at www.business.fau.edu/bepi.