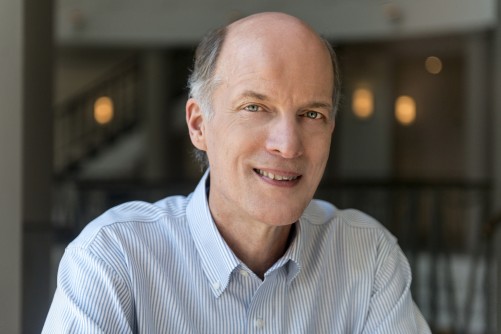 The comments from Lindblom, director of the Tobacco Control and Food & Drug Law Program at the O’Neill Institute for National & Global Health Law at Georgetown Law, come after the FDA commissioner, Scott Gottlieb, announced today the delay in requiring makers of cigars and e-cigarettes gain agency approval for any products marketed after February 2007.

“Any significant delay in enforcing the provisions of the already final deeming rule, which requires new and significantly changed brands of c-cigarettes and cigars to obtain orders from FDA before being allowed on the U.S. market, is seriously troubling,” Lindblom says.

“If FDA were truly concerned about protecting the public health, the agency would not extend the deadlines at all, or it would at least extend the deadlines only for those e-cigarettes and cigars that meet certain minimum standards and only for those smaller tobacco companies that might not have sufficient resources to meet the existing deadlines,” says Lindblom, a long-time tobacco control legal and policy expert.

Lindblom says if some tobacco companies would actually have had difficulty meeting the already generous compliance deadlines, he suggests the FDA could have handled that on a case-by-case basis. Or, he says, FDA could have extended the deadlines only for those e-cigarettes that do not pose a risk of exploding, do not have excessive nicotine levels, are sold only in child-proof packages, and do not have labels or ads that make unproven reduced-risk claims; and only for those e-cigarettes and cigars that are not marketed with kid-attracting candy and fruit flavors. Lindblom also suggests that the extended deadlines could have been offered only to those tobacco companies with revenues of less than $5 or $10 million per year.

“It is encouraging, however, that Commissioner Gottlieb also said that FDA will be exploring the possibility of reducing nicotine levels in cigarettes so that they are no longer addictive,” Lindblom says, “but that does not justify extending the deeming rule compliance deadlines into the far-distant future.  It is also likely that the nicotine-reduction statement was done only to distract attention from the FDA’s shameful delay of the compliance deadlines.  If Commissioner Gottlieb and FDA are really serious about reducing nicotine levels in cigarettes, they should tell us when they will issue a proposed rule to do so.”

Noting that FDA has said it will issue an Advanced Notice of Proposed Rulemaking to obtain comments about the agency possibly issuing a proposed rule to reduce nicotine levels in cigarettes, Lindblom says, “FDA Advanced Notices of Proposed Rulemaking have, so far, been where good tobacco control ideas go to die or be delayed.  FDA has issued ANPRs on a number of tobacco matters, such as advertising restrictions and banning menthol flavored cigarettes, but never actually issued any related proposed rules. If FDA were serious about reducing nicotine levels,” Lindblom says, “it could quickly issue a proposed rule now to get all the comments they would need before issuing a final rule and start saving some lives.”

To schedule an interview with Lindblom, please email Karen Teber.

The O’Neill Institute for National and Global Health Law at Georgetown University Law Center is the premier center for health law, scholarship, and policy. Its mission is to contribute to a more powerful and deeper understanding of the multiple ways in which law can be used to improve the public’s health, using objective evidence as a measure. The O’Neill Institute seeks to advance scholarship, science, research, and teaching that will encourage key decision-makers in the public, private, and civil society to employ the law as a positive tool for enabling more people in the United States and throughout the world to lead healthier lives.