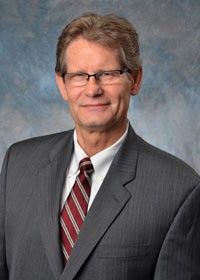 It was a busy holiday break for Dennis Raible, visiting professor of accounting at Saint Joseph’s University in Philadelphia. On Friday, Dec. 22, President Donald Drumpf signed the new federal tax plan into law — and Rabile’s phone began to ring.

“New Jersey homeowners were scrambling,” says Rabile, a tax consultant and 30-year veteran of the Internal Revenue Service. “Everyone wanted advice about prepaying their real estate taxes before January 1.”

The Wall Street Journal reports that this phenomenon took place nationwide. The new tax plan caps the amount of state and local taxes that Americans include as itemized deductions at $10,000. Those whose tax deductions historically exceed that amount, especially homeowners in highly taxed states, such as New Jersey, New York and California, paid before the limit takes effect.

It’s a strategy that Raible recommended considering — so long as you had the money to pay it ahead of time. “I did it myself last week,” he adds.

Now, that the dust has settled, he offers his advice for what other parts of the tax plan Americans should pay attention to. According to Raible, the new tax rules are still complicated, and benefits or losses are best assessed on a case-by-case basis.

“Everything depends on your individual circumstance,” he says. “Are you single or married? Do you have kids, and if so, how many? And how old are they? Do you rent or own your home? Do you live in a state with significant income taxes? Are you over 65? How do you earn your income? What is your income tax bracket?”

In the short-term, Raible believes many Americans can benefit from changes to the tax plan. He notes that homeowners who have typically benefitted from itemized deductions will save by switching to the increased standard deduction, along with savings from expanded tax brackets and decreased tax rates.

The new tax code also doubled the child tax credit, which will benefit parents. Yet, the elimination of dependency and personal exemptions will likely give pause according to Raible. Families with significant unreimbursed medical expenses may take advantage of the return of medical itemized deductions.

Individuals taxpayers won’t see an impact either way on their state and local taxes, but could benefit from lower rates and the expanded tax bracket in 2018.

“The percentage of tax savings for middle class families may not be as great as what wealthy taxpayers will save,” says Raible, “but it’s still money in the bank.”

According to Raible, individual taxpayers may not see these benefits forever. Unlike the corporate tax rules, by 2025, all individual tax cuts will be sunsetted, or phased out, and revert to pre-existing law. Middle-income taxpayers can expect to see tax increases.

“At first there will likely be more winners than losers,” says Raible. “But that will change down the road.”