3-Nov-2017 10:20 AM EDT, by University of Arkansas, Fayetteville
favorite_border 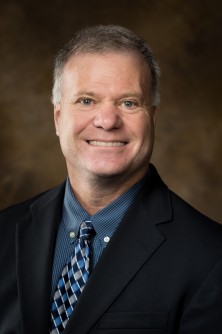 “Mr. Powell seems to have moderate political views, which is ideal for a Fed Chair because it keeps the Fed more insulated from politicians, so he or she can focus on what is best for the economy in an independent manner,” says Yeager.

Yeager thinks the Fed should not ease regulations on Wall Street banks. The damage from the financial crisis is still fresh, and many of the Dodd-Frank reforms have forced the largest banks to operate in a much safer manner, he says.

“However, I think the Fed needs to continue to look for ways to relieve the regulatory burden on community banks, because the legalistic paperwork is making it difficult for smaller banks to survive,” Yeager says. “Many bankers have stories about how well-intended regulations have increased costs for them and their borrowers.”

Yeager thinks the Fed should have been raising interest rates more quickly over the last three years than the pace rates have moved under Chairman Yellen. The trade-off between inflation and unemployment, he says, has been very weak for some time for reasons that no one fully understands.

“The concern that modestly higher rates will lead to deflation seems silly given that the inflation rate hasn’t budged despite the Fed’s injection of more than $4 trillion into the economy,” says Yeager.

On the other hand, he says, modestly higher interest rates will constrain some of the excesses in equity and real estate markets, which will promote financial stability.

Yeager served as an economist and assistant vice president at the Federal Reserve Bank of St. Louis from 1998-2005. His academic research has focused on government-sponsored enterprises such as Fannie Mae and Freddie Mac. He has investigated the trend toward universal banking and conducted the first empirical study of the effect of the Gramm-Leach-Bliley Act, which removed barriers separating commercial banking from investment banking, merchant banking and insurance underwriting. More recently, Yeager’s research has focused on the development of a stress test to help community banks assess financial resistance to crisis.

Throughout the financial crisis and recession nine years ago, Yeager was interviewed extensively and used as a source by many publications, including Wall Street Journal, Los Angeles Times, Forbes and USAToday.

Yeager discusses his experience at the Federal Reserve in this podcast.