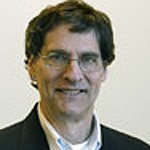 Here he discusses his views on the matter.

With the imminent announcement by President Barack Obama of major executive branch action on immigration, indications are that he intends to “go big.” The president’s critics have accused him of overstepping his legal authority on Deferred Action for Childhood Arrivals (DACA), the program that has granted temporary reprieves from deportation for certain people who were brought here as children and have lived here since 2007. The critics argue that any further relief along those lines would also be illegal. Some have threatened impeachment.

Stephen Legomsky, JD, DPhil, the John S. Lehmann University Professor at Washington University in St. Louis, was Chief Counsel of U.S. Citizenship and Immigration Services, the Department of Homeland Security agency in charge of DACA and all other immigration services.

Before returning to the university a few months ago, he was a key part of the team that ironed out the details of DACA and sorted through the legal issues. He was also a major part of the administration’s efforts to achieve comprehensive legislative reform. Legomsky is the principal author of Immigration and Refugee Law and Policy, which has been the required book for immigration courses at 176 law schools. He is one of the nation’s leading authorities on immigration law.

Legomsky staunchly defends the legality of DACA and of the similar initiatives that the president is reportedly considering.

“We anticipated that some would question the legality of DACA,” Legomsky said. “We went to extraordinary lengths to work out every conceivable legal issue. We dotted every ‘i’ and crossed every ‘t’. DACA is well within the president’s legal authority and so are the kinds of expansions currently under consideration.

“The clearest indication of Congress’s enforcement intentions is the amount of money it chooses to appropriate for enforcement,” Legomsky said. “Congress has knowingly given the administration only enough resources to remove a small fraction of the undocumented population. So it obviously intended that someone in the executive branch decide the enforcement priorities.”

Who should that someone be?

“One option,” Legomsky said, “is to let each border patrol officer decide on his or her own what the administration’s enforcement priorities should be. Another is for agency and administration leadership to formulate those priorities.”

So why choose the second option?

“It’s the job of agency and administration leadership to make important policy decisions. They need to be accountable. In addition, officers on the ground need to know what to do. The public needs to know the government’s priorities. And without centralized guidance, there could be no consistency or predictability.”

Still, critics say, any decision not to go after a given individual should be based on the facts of that specific case, not based on “categories.”

“What does that mean?“ Legomsky asks. “Any centralized guidance will be ‘categorical,’” If the administration chooses to prioritize the removal of people convicted of violent crimes, it’s creating a category.

“There’s no other way to provide general guidance. As long as these programs require officers to consider the facts of each individual case – and they do – they are no more ‘categorical’ than any other agency policy decisions.

Legomsky offers an anology. “Suppose a police chief instructs his or her officers that they should generally not arrest people for speeding if they are driving less than five miles per hour over the posted limit. The chief is making a leadership decision on the optimal use of the department’s limited resources. Americans accept those kinds of decisions as not only legal, but unavoidable in a world of limited resources.”

“Exactly this kind of prosecutorial discretion has been standard practice in the immigration field for decades,” Legomsky said. “Presidents of all ideological stripes have frequently spared the removal of large, specifically-defined categories of undocumented immigrants. They have done so for all kinds of reasons.”

“Probably the closest precedent for the actions President Obama is reportedly considering was a program established by the George H.W. Bush administration,” he said. “Congress had passed a law legalizing approximately 3 million undocumented immigrants but had declined to extend the benefits to their spouses and children. The Bush Administration announced its own ‘Family Fairness’ program for those spouses and children and gave them permission to work. At the time, the Commissioner of Immigration estimated up to 1.5 million potential beneficiaries.”

Legomsky acknowledges there are legal limits to the government’s prosecutorial discretion. “If Congress were to pass a law clearly prohibiting a given exercise of prosecutorial discretion, and if it provided the resources for 100 percent enforcement, the president would likely be bound by it. And of course, the president has to respect individual constitutional rights; enforcement cannot be racially discriminatory, for example. Serious legal issues might also arise if the executive were to refuse to expend the enforcement resources Congress had given it.“But none of those are issues here,” he said. “Congress hasn’t prohibited prosecutorial discretion, and it hasn’t appropriated anywhere near the money that 100 percent enforcement would require.”

“Just think about the numbers,” Legomsky said. “With an estimated undocumented population of 11 million, even relief for 6 million would leave 5 million uncovered. And that is more than 10 times the approximately 400,000 per year that the administration estimates it has the resources to remove.”

“As long as the administration pays the same attention to detail that we did when designing DACA, any further expansions will be on solid legal footing.”