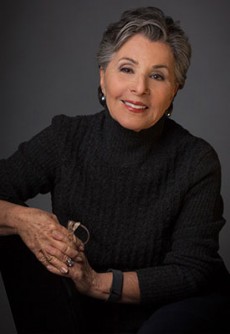 Boxer's talk is being billed as: “Uncensored” and “Unfiltered” after 30-plus years in the U.S. Congress. She is scheduled to speak at 4:30 p.m. in the Titan Student Union’s Portola Pavilion. The event is free and open to the public. Boxer served in the U.S. Senate from California from 1993 to 2017 and before that in the U.S. House of Representatives from 1983 to 1993.

Her memoir, “The Art of Tough: Fearlessly Facing Politics and Life,” was released last year and focuses on her recollections of service and commitment to fight for women, families, equality and environmental protection. Boxer’s book introduction reads: “So here’s my book: a no-punches-pulled personal memoir about the personalities and shenanigans of my colleagues on both sides of the aisle. I want to show you that what these folks do (or don’t!) has a direct, powerful impact on your lives.” Humanities & Social Sciences Week is sponsored by the CSUF College of Humanities and Social Sciences, HSS Inter-Club Council and Associated Students Inc. A full schedule of the week’s activities is posted online.

Courtesy parking for journalists is available.