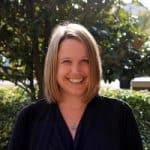 Jennifer Proffitt, professor in the College of Communication & Information

Experts from Florida State University are available to comment on the repeal of net neutrality and its potential consequences.

“U.S. households and citizens are best served by having choices available to them in competitive markets for a wide range of new media technologies and services.   Bottlenecks in service provision can arise when a few companies control access and when these companies determine the terms and conditions of service provision when there are few competitors. Maintaining open access to telecommunication connections and the Internet and all its services — and expanding service access to all Americans — are the most important public challenges in the 21st century. Open access and competition, the core reasons for net neutrality, also encourage innovation and the provision of new services.”

Proffitt’s research interests include the political economy of communications, media industries and production processes, mass communication regulation and media law and policy. She has taught courses on media and society, media history and theory and news media ethics.

“The corporate takeover of what was once viewed as, perhaps arguably, the most democratizing medium available has gone to a whole new level with the FCC's vote to dismantle net neutrality. The Internet as we know it will change dramatically, becoming more like cable in terms of price, choice and structure, with a handful of large corporations controlling access to online content in ways that they couldn’t before. The vote to repeal net neutrality protections, despite the overwhelming number of people who opposed this move, demonstrates yet again the pursuit of profit over people.”