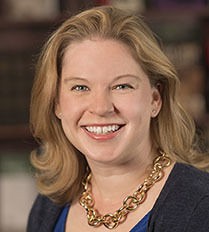 Newswise — A generation raised on the Hunger Games and Harry Potter is using those examples of children who organize themselves to fight corruption and cruelty, according to a communications expert. The West Virginia University researcher says teens are using their collective social media acumen to address what they see as injustice in their own world. Although the issue for survivors of a mass shooting in Parkland, Florida, is gun control, it’s not the only one causing teenagers across the country to find their political voices before they can vote, Elizabeth Cohen says.

“They are successful at directing the conversation, because while all eyes are on them, they have been relatively unfiltered when it comes to political speech. They are comfortable creating and sharing their own media, and they are well-practiced self-promoters. It would be a mistake to assume that gun control is the only movement benefiting from a surge of youth engagement on social media. The faces of the immigration reform movement used to be community leaders, but now young DREAMers are using social media to organize themselves and share their stories, for instance by producing “coming out” videos on YouTube.

Notably, many of the teens engaged in these movements aren’t even old enough to vote, but they're sharing experiences on social media that are reaching citizens who will be casting ballots.”