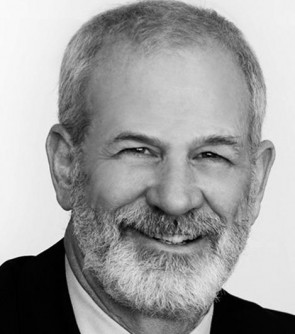 Newswise — The controversial Guantanamo Bay Detention Center has been largely out of the headlines during the last year — that is, until President Donald Trump recently threatened to send New York terror suspect Sayfullo Saipov to the shadowy prison in Cuba. Former President Barack Obama had promised to shut down Guantanamo Bay on various occasions dating back to his 2008 presidential campaign, but failed to do so during his eight years in office.

To provide answers on Guantanamo's role and why it still exists, ASU Now reached out to Andy Gordon, a partner at Coppersmith Brockelman in Phoenix and an adjunct professor at the Sandra Day O’Connor College of Law who teaches national security and foreign relations law. Prior to coming to ASU, Gordon served as counsel to the general counsel at the U.S. Department of Homeland Security from April 2009 to October 2010, working primarily on national security issues related to Guantanamo and the Southwestern border. His view in brief: “Guantanamo was a huge mistake with no real forethought, and we will be paying for this for a very long time.”

Question: Trump recently threatened to send the New York terror suspect to Guantanamo, which Obama had sought to shut down. Why is the facility still open, and what is its future?

Answer: The Guantanamo Detention Center or GTMO was the brainchild of the George W. Bush administration. They were looking for place to hold and interrogate people they believed were illegal enemy combatants that was both outside the active theater in the Middle East but was also outside the jurisdiction of United States courts. Ultimately, the U.S. Supreme Court found that, because of the totality of control the U.S. has over Guantanamo, detainees therehave habeas corpus rights to challenge their detention and treatment in detention.

The simple reason it is still open is Congress, beginning during the Obama administration and over Obama’s objection, mandated that it stay open. Despite the staggering cost of operating GTMO, about $150 million a year or well over $1 million a year per detainee, Congress won’t shut it down. Obama’s plan was to review all the detainees there; transfer or repatriate, sometimes under security conditions, those who were not a threat to the U.S.; and then bring the 40 or so who continue to be significant security risk to a federal maximum-security facility. However, with no serious voting constituency to end the lunacy, it’s easier for Congress to do what it does best — do nothing and spend lots of money.

Q: At this point, what would it take to shut down GTMO, and who has the power or authority to do so?

A: The president does not have the unilateral power to shut down GTMO. It would take an act of Congress. What the president can do is transfer or repatriate detainees to other countries. Congress has made it illegal, however, to bring any of the detainees stateside. Under these circumstances and with the current Congress and president, there is virtually no chance of shutting it down.

Q: Does military sentencing as an enemy combatant achieve a more productive outcome than working through the civilian courts?

The argument put forth for trying foreign terrorists and illegal enemy combatants in military proceedings is that there are no mandated Miranda warnings and other similar procedures. From that, people like Sen. Lindsey Graham argue we can get better intelligence from interrogation and are less likely to lose a conviction because of a procedural error. Again, this is simply wrong. As learned in the “underwear bomber” matter, we can obtain very good intelligence both before and after “Mirandizing” a person. Intelligence is really a function of the skill and knowledge of the interrogator.

Q: Guantanomo has not taken in a prisoner since June 2008. What is happening to the remaining prisoners and the tribunal process, and why does it take so long for them to get a trial?

A: As of this writing, there are 41 detainees remaining at GTMO. This group is made up almost entirely of individuals who a panel of U.S. government experts for several agencies have determined represent both a real and present risk to the U.S. and who are virtually impossible to try without revealing sources and methods. Because they are being held as illegal enemy combatants, under established law of armed conflict, they can probably be held without trial as long as the Authorization for the Use of Military Force is in place and operative.

Q: In hindsight, was it a mistake for the U.S. to turn to Guantanamo as a response to deal with 9/11 attackers and other terrorists?

A: Yes, because the fundamental theory was both wrong legally and wrong morally. The Bush administration wanted a place where they could take detainees to “harshly interrogate them” without having either international bodies such as the International Committee of the Red Cross or U.S. courts looking over their shoulder. The fact is, we processed many more detainees through our detention facilities in theater and obtained as good or better intelligence. GTMO was a huge mistake with no real forethought, and we will be paying for this for a very long time.