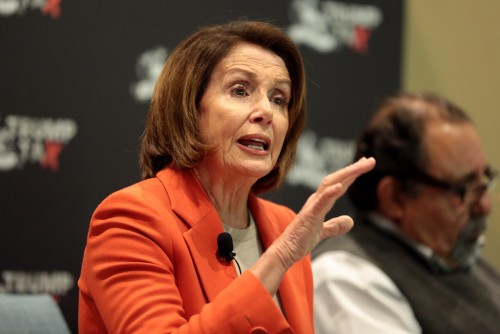 WASHINGTON (July 21, 2022)— Late Wednesday President Biden said the U.S. military does not support House Speaker Nancy Pelosi visiting Taiwan this summer. His remarks came after China’s Foreign Ministry lashed out after the media reported that Pelosi was planning to visit Taiwan as part of a broader tour of Asia in August. The State Department has said the trip has not been announced and remains “hypothetical.”

Upon hearing news reports of Pelosi’s potential visit to Taiwan he offered this analysis:

"My analysis focuses on the difficulty this choice--Pelosi going or not--poses for U.S. policy. First is how to deal with clear Chinese pressure without looking weak. This element argues for going through with the Pelosi visit.

Second is the very erratic Chinese record in dealing with affronts from Congressional leaders and even the president. This record makes it hard to determine whether China will actually take substantially stronger actions against the U.S. if Pelosi visits Taiwan.

It's a tough decision but the Chinese rhetorical pressure is only one factor that needs to be considered and by no means warrants an assumption that China will punish America and Taiwan strongly because of a Pelosi visit."