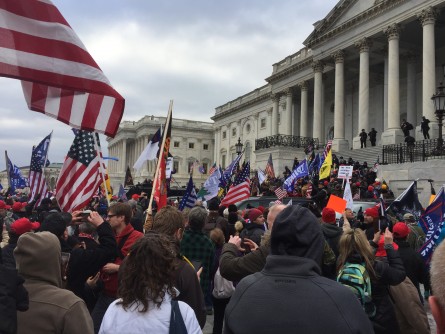 WASHINGTON (June 6, 2022)— On Thursday night at 8 p.m. the House Select Committee will  hold a series of televised hearings to present a broad overview of the panel's 11-month investigation of the events at the United States Capitol on Jan. 6, 2021. The hearings will feature a combination of information from the over 1,000 interviews the Committee has already conducted, along with live witnesses, pretaped interviews and previously unseen video footage.

Catherine J. Ross is a professor of law at the George Washington University Law School. She specializes in constitutional law with particular emphasis on the First Amendment. She is the author of A Right to Lie? Presidents, Other Liars, and the First Amendment. Professor Ross is available for commentary before, during and immediately after Thursday’s hearing.

Stephen A. Saltzburg is a professor of law and a former Justice Department official. He has called the DOJ’s efforts involving the riot of Jan. 6 “the largest investigation of criminal acts in the history of the country.” Professor Saltzburg is available for commentary before, during and immediately after Thursday’s hearing.

If you are looking for context on this matter or would like to speak with Professors Ross or Saltzburg anytime, please contact: