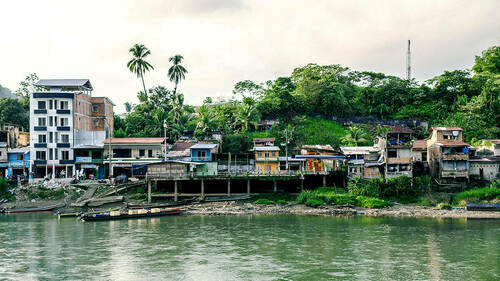 Newswise — The Peace Accords Matrix program (PAM), part of the University of Notre Dame’s Kroc Institute for International Peace Studies, has released its first report monitoring the implementation of 80 stipulations within the 2016 Colombian Peace Agreement related to ethnic communities across the country.

The Final Colombian Peace Agreement is one of the most complex and innovative comprehensive peace agreements in the world, in part because it includes an ethnic chapter that addresses the historical, structural and disproportionate victimization that ethnic communities have suffered during the country’s armed conflict, and seeks to safeguard human rights and protections for these communities.

Advances were observed in efforts to include ethnic communities in the construction of the Development Programs with a Territorial Approach and the construction of the Action Plans for Territorial Transformation. There is also evidence of progress in the implementation of the ethnic approach in the Comprehensive System for Truth, Justice, Reparation and Non-Recurrence, as institutional adjustments have been made in order to guarantee the advancement of ethnic provisions.

There are also concerns about security guarantees for ethnic communities due to the continuing presence of illegal groups and violence in the territories. To address these concerns, it will be necessary to prioritize the implementation of security measures with a collective and participatory approach, in addition to strengthening the self-protection mechanisms outlined in the agreement, including the support for the Indigenous and Cimarrona Guards.

Through quantitative and qualitative analysis, the report also outlines key opportunities to advance both overall implementation and implementation of the ethnic chapter. The report notes the importance of the Ministry of the Interior encouraging and guaranteeing the effective participation of ethnic communities (and especially women in these communities) in the planning and implementation of programs, strategies and initiatives outlined within the agreement. These efforts must be sensitive to the particular concerns of ethnic communities, women, LGBTI people and the multigenerational hierarchies within these communities, and should also acknowledge the contributions these diverse groups have made to historic peacebuilding efforts.

To fulfill ethnic commitments within the peace agreement, the Kroc Institute’s report emphasizes that government entities must integrate free and accessible consultation with these groups as a key step in the construction of public policy and overall peace agreement implementation.

Read the full report in Spanish here. The report will be available in English in spring 2021.

The Kroc Institute for International Peace Studies is part of the Keough School of Global Affairs at the University of Notre Dame and is one of the leading peace research and study centers in the world. One of its main programs is the Peace Agreements Matrix, which manages the most comprehensive database regarding the implementation of 34 peace agreements around the world.

By mandate of the government of Colombia and the former FARC-EP, signatory parties of the Final Agreement to End the Armed Conflict and Build a Stable and Lasting Peace, the Kroc Institute is responsible for monitoring the implementation of the agreement. The Kroc Institute has released four prior reports on the status of overall implementation, as well as three reports on implementation of gender provisions. Review all reports here: https://peaceaccords.nd.edu/barometer/colombia-reports.

The main partner of the Kroc Institute in Colombia is the National Secretariat of Pastoral Social - Cáritas Colombiana, an initiative of the Catholic Church. The organization has extensive experience and has been recognized for its social justice efforts and its support for efforts to consolidate peace in local communities throughout the country.