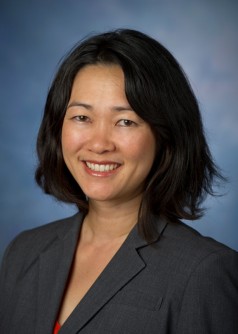 As Mylan attempts to control bad publicity over its exponential price hike for the EpiPen – a medicine that can mean the literal difference between life and death for many – the policy solutions to price gouging, ideally would be government intervention, a health law expert says.

But with the gridlock in the American political system, the most immediate, effective ways to combat high drug prices are public scrutiny and public outcry against price hikes, said Erin Fuse Brown, assistant professor of law at Georgia State University’s College of Law.

“The policy solutions to price gouging by drug companies are not simple,” said Fuse Brown, a member of the College of Law’s Center for Law, Health and Society. “In a situation like this, some options are increasing regulatory authority over drug prices, allowing the government to negotiate drug prices for Medicare, and making it easier for new competitors and generics to enter the market.

“But in the short term,” she said, “the most effective antidote to high drug prices might be public scrutiny and outrage that force the company to lower its prices as a matter of public relations.”

The EpiPen is a vital medication used to reverse extreme allergic reactions -- anaphylactic shock – that can be fatal if not treated in time.

The price hike for the EpiPen is an example of what happens when a drug maker has a virtual monopoly on a market for a product that people need, she said.

“There are almost no limits on what they can charge, and it is difficult for competitors or generics to enter the market to bring the price down,” Fuse Brown said. “EpiPen prices have been going up for years, but people are noticing because of the rise of high-deductible health plans, so more families are exposed to the full cost of these treatments.”

Mylan’s discount cards to defray individuals’ out-of-pocket costs for the EpiPen are an inadequate response to the outcry, she said, because the prices that insurance plans and pharmacies pay are not affected.

But when insurance companies have to pay a higher cost for prescription drugs, that cost gets passed on to even people who don’t use the expensive medication in question.

“When those prices are high, we all pay more in the form of higher premiums and higher health spending overall,” Fuse Brown said.