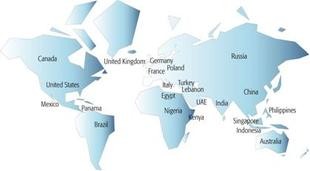 Newswise — Barack Obama is the preferred U.S. presidential candidate in all 22 nations polled for the BBC World Service by the University of Maryland and Globescan.

On average, Obama was preferred by a four to one margin (49 percent to 12 percent) over his Republican rival John McCain in the poll of 22,000 people.

But the margin ranged widely across nations, with Obama favored by nine percent in India to 82 percent in Kenya. Nearly 40 percent of those surveyed did not take a position. This was particularly the case in Russia, Turkey and Egypt.

The results are drawn from a survey of 22,531 adult citizens across 22 countries conducted for the BBC World Service by the University of Maryland Program on International Policy Attitudes (PIPA) and the international polling firm GlobeScan. A parallel poll surveyed 1,000 U.S. adult citizens. GlobeScan coordinated fieldwork between July 8, 2008 and August 27, 2008.

In a separate poll conducted in the U.S., Americans also said an Obama presidency would improve U.S. relations with the world more than a McCain administration, with 46 per cent of Americans expecting relations to improve if Obama is elected compared to 30 percent for McCain.

The Program on International Policy Attitudes (PIPA) was established in 1992 with the purpose of giving public opinion a greater voice in international relations. PIPA conducts in-depth studies of public opinion that include polls, focus groups and interviews. It integrates its findings together with those of other organizations. It actively seeks the participation of members of the policy community in developing its polls so as to make them immediately relevant to the needs of policymakers. PIPA is a joint program of the Center on Policy Attitudes (COPA) and the Center for International and Security Studies at Maryland (CISSM).

World Public Opinion.org was initiated by and is managed by the Program on International Policy Attitudes at the University of Maryland.