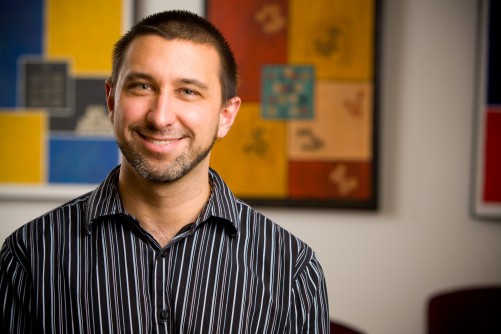 Newswise — BUFFALO, N.Y. – Unexpected life events ranging from illness to relationship stress can lead to political polarization, pushing moderates toward the spectrum’s extremes, according to a recently published study that’s breaking new ground on personally-experienced adversity and its effect on political attitudes.

Though a handful of studies have explored the effect of community-wide tragedies on personal beliefs, this current research, which appears in the latest issue of the journal Social Psychological and Personality Science, looks exclusively at self-reported personal experience, a phenomenon that can produce different responses than what happens in the wake of collective events, such as reaction to the 9/11 terrorist attacks.

The paper is among the first to take research on uncertainty theory outside of the laboratory in favor of examining personal, real-world situations.

“We’re talking about people’s experience with adversity broadly construed,” says Michael Poulin, an associate professor of psychology at the University at Buffalo and co-author of the study led by Daniel Randles, a postdoctoral fellow at the University of Toronto.

“It’s the cumulative effect of adversity. These feelings of uncertainly can have us adopting more extreme attitudes as a way of coping with that uncertainty,” adds Poulin.

“What we found isn’t like a light switch,” says Randles. “Most people experience occasional adversity and it doesn’t drive them to extreme positions. But repeated events seem to add up, nudging someone closer to their preferred view.”

To test their hypothesis, the research team used a representative sample of about 1,600 Americans and asked them to complete surveys toward the end of 2006, 2007 and 2008. The researchers asked participants about their political attitudes and personal adversity experiences to learn if those attitudes changed following these stressors.

There were about 37 negative events in the questionnaire, such as injury, bereavement or assault. The idea was to acquire a big picture of adversity and consider the different situations that could have upset people.

“Our results suggest increased polarization towards both the left and the right, with a slightly greater tilt toward conservative attitudes,” says Poulin. “Our surveys were done toward the end of the second George W. Bush administration, so supporting the War on Terror was considered a conservative policy, but I’m not sure in a vacuum that’s the right label.

“The polarization piece was much stronger,” he says.

Because of that possible limitation, Poulin says future directions might consider a broader sampling of attitudes that aren’t necessarily time and situation specific.

“I also think it would be interesting to see this idea applied to a wider swath of political attitudes,” says Poulin. “Name a social issue and ask if it works the same way. I’d hypothesize, yes. But we don’t know.”