IU expert discusses rise in antisemitism, how to combat hate 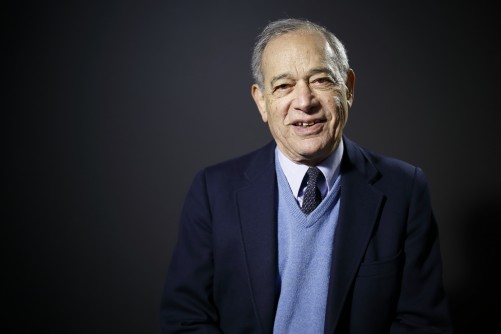 Recent antisemitic comments made by some high-profile celebrities come at a time when antisemitism in the United States is already on the rise. The Anti-Defamation League found that antisemitic incidents in the country reached an all-time high in 2021. Indiana University Bloomington’s Institute for the Study of Contemporary Antisemitism is dedicated to researching hostility against Jews and how it has changed over time.

Alvin Rosenfeld, director of the institute and the Irving M. Glazer Chair in Jewish Studies, discusses antisemitism and how to combat hate.

Question: What does the rise in antisemitism in the U.S. mean for Jewish communities?

Answer: We’ve had some really very bad incidents over the last number of years: mass shootings of Jews at a synagogue in Pittsburgh four years ago, followed up six months later to the day by similar shootings at a synagogue in California, an attack on people shopping at a kosher supermarket in Jersey City which killed four people, an attack on people celebrating at a rabbi’s home in Monsey, New York. These are just the most dramatic incidents. Other assaults against Jews are less lethal but take place in New York City and elsewhere on a regular basis.

There is not a synagogue, Jewish school, Jewish community center in America that is not under guard. When you go to church, you don’t have to pass by security guards to go and pray. That had been the case with American Jews going to synagogue; it no longer is. So, in virtually every community where there are Jewish institutions, protection is felt to be necessary. We haven’t lived that way in the past. No one should have to live that way.

Q: Do we know what’s causing the rise in antisemitism?

A: Antisemitism is always bad and has been with us for a couple thousand years. What motivates it may change over time. Sometimes it’s spurred on by religious prejudice, sometimes by political opportunism, sometimes by economic tensions. But whatever drives it and drives it into the public sphere can be very, very destructive. So there really has to be zero tolerance for this hatred against Jews and zero tolerance for hatred against others, as well.

America right now is in a troubled time. With too much tension in the country, too much polarization, too much anger and bitterness, that’s a breeding ground for a lot of hatred — hatred of many different kinds.

Q: What can individuals do to help combat antisemitism?

A: Educate, educate, educate. It’s my own sincere sense that most people in America are decent people. They’re not antisemitic, but many just don’t live close to Jews, don’t mix and mingle with Jews, don’t know Jews, don’t know very much about Judaism. And they hear things that are just misinforming and misleading, so the more contact one can have the better.

One solution to improve relations may sound comical but it works: lunch together over matzo ball soup. If Jews and non-Jews can just socialize together, get to know one another, it will normalize relations and maybe disabuse people of Jews being somehow a threat to them.