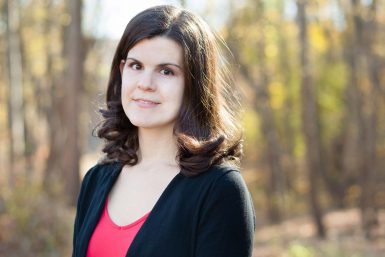 Protests are erupting across the country after George Floyd died while in police custody. Video of Floyd, a black man, telling a white police officer he couldn't breathe while the officer kneeled on Floyd's neck has sparked outrage and led to the firing of the four Minneapolis police officers involved. Early Friday afternoon, one of those officers was taken into custody, and journalists are scrambling to cover the breaking news.

This latest incident is once again raising questions about racism, social justice, policing and the role of social media and journalism when these issues arise. Indiana University experts are available to comment on these topics.

Dé Bryant founded participatory action research Social Action Project. She teaches classes on social justice, human behavior and social institutions at the Civil Rights Heritage Center and is a member of the CRHC Advisory Board to extend its influence in the community and as a force for social justice.

Danielle Kilgo's research focuses on race, gender and disability issues in visual and digital communication. Currently, she concentrates on the international media coverage of social movements, particularly recent protests against violence and racism in the United States. Kilgo has studied viral campaigns and online conversations, the influence of framing on audience interpretation, and news redistribution practices of social media users.

Carl Weinberg teaches and writes about social movements, culture wars, science and American politics. He is a senior lecturer in the College of Arts and Sciences and adjunct associate professor of history at IU Bloomington. He also teaches in the Political and Civic Engagement program, or PACE; and the Liberal Arts and Management Program, known as LAMP.

Darryl Heller was named the director for student and community engagement at Indiana University South Bend in 2015. He has nearly 20 years of experience in the fields of human services, community development and nonprofit management.

Jakobi Williams is an associate professor of African American and African Diaspora studies and history at IU Bloomington. He has held positions at the University of Kentucky, UCLA and the University of Illinois, Urbana-Champaign. His research interests are centered on questions of resistance and social justice.

Jennifer Midberry is an assistant professor in The Media School’s Journalism unit. Her research focuses on ethical issues related to photographing vulnerable people, empathic and other affective responses to photojournalism of social issues, and visual stereotypes, with an emphasis on depictions of Islam and the Middle East in U.S. media.