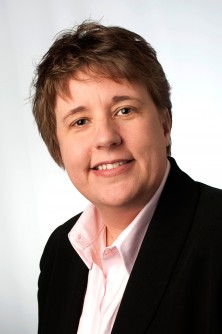 Anjanette "Angie" Raymond, an associate professor of business law and ethics in the IU Kelley School of Business, is available to comment on today’s U.S. Supreme Court decision in online tax case South Dakota v. Wayfair Inc. She can be reached at 812-320-0707 (m) and her initial comments are available below.

“In a 5-4 decision written by Justice Kennedy, the Supreme Court has overturned an earlier Supreme Court case and have thrown the internet shopping world into what will undoubtedly be a period of confusion.

“The close division suggests the Court continues to struggle with the realities of the online world and has demonstrated a willingness to revisit prior ruling that was made in a paper-based commercial world.

“Of course, many of the top sellers already collect taxes in the majority of the states and some states have crafted laws to tax remote sellers. Yet, much of the population lives in states without remote sellers’ taxation. Thus, sellers and consumers should expect changes in the tax in their online sales environment.

“It is now in the hands of Congress to react to the ruling, should there be a desire to reduce the overlapping tax regimes that the online sales environment now faces. It is important to note that the decision seems to not eliminate small sellers from the new tax collection requirement.  Thus, states and/or congress may take a position designed to protect the smaller online merchants, such as sellers on Etsy who sell less than $10,000 a year. But, time will tell if this is a compromise that is possible.

“For now, states have secured the outcome they desired and brick and mortar stores have a more level playing field.”