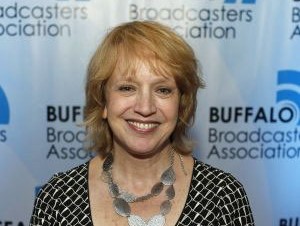 The onslaught of fake news that has permeated the Internet, especially during the 2016 presidential election, may be alarming, but it shouldn’t come as a surprise, according to Buffalo State associate professor of journalism Annemarie Franczyk.

“Fake news is just an extension of the increasingly polarized media,” she said. “It’s a little jump from exaggeration to one-sided news stories to fake news. People promulgate fake news because it fits their one-sided agenda, and it energizes people who want to hear only that side.”

Franczyk, who teaches such courses as Media and Society, Principles of Journalism, and News Reporting, worked as a journalist for more than two decades before joining the Buffalo State faculty in 2008. She continues to freelance for Buffalo’s Business First and Buffalo Law Journal.

Republicans have the legal power to reverse the order by Wisconsin Governor Tony Evers that extends the mask mandate.

Approval ratings of political leaders surged in the early days of the COVID-19 pandemic, according to a new study published in the Proceedings of the National Academy of Sciences.

A projected 38.3 million people with disabilities will be eligible to vote in the November 2020 elections, representing 16.3% of the electorate. This exceeds the number of eligible voters who are Black (29.9 million) or Hispanic/Latino (31.3 million).

New study finds Biden, Trump both likely to be ‘Super-Agers’

In a paper published in the Journal on Active Aging researchers conclude that both 2020 presidential candidates — former Vice President Joe Biden, 77, and President Donald Trump, 74 — are likely to maintain their health beyond the end of the next presidential term. As a result, they say that chronological age and fitness should not be factors in the 2020 election.

A reporter's PressPass is required to access this story until the embargo expires on 28-Sep-2020 11:00 AM EDT The Newswise PressPass gives verified journalists access to embargoed stories. Please log in to complete a presspass application. If you have not yet registered, please Register. When you fill out the registration form, please identify yourself as a reporter in order to advance to the presspass application form.

Trump said he has "a constitutional obligation to put in nine judges — justices.” This claim is false

The claim by Pres. Trump that Nevada voters are not required to sign their mail ballots is false

Did Ginsburg Say Her ‘Most Fervent Wish’ Was Not To Be Replaced by Trump?