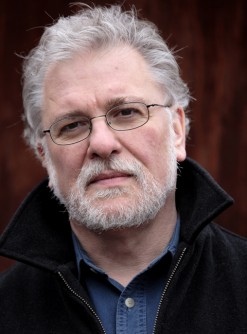 Expert: Tom Juravich, professor of labor studies and sociology at the University of Massachusetts Amherst -- http://www.umass.edu/lrrc/

Available: Via phone or email; also available via satellite for TV segments from on-campus studio in Amherst, Mass.

Tom Juravich, professor of labor studies and sociology at the University of Massachusetts Amherst, is available for interview to discuss the executive order President Obama has signed directing the Labor Department to draft rules that would expand overtime pay eligibility to millions of American workers.

Professor Tom Juravich received a Ph.D. in Sociology in 1984 from the University of Massachusetts Amherst. From 1984 to 1993 he was on the faculty of the Department of Labor Studies at Pennsylvania State University, where he directed a workers' education program in the greater Philadelphia area. Juravich joined the UMass Labor Center in 1993, and from 1996 to 2007 served as Director of the Center. In 1995 he was part of a team that founded the Union Leadership and Administration (ULA) program, a limited-residency masters program for union officers, activists and staff, serving as its director from 1995 to 2007. His research interests include strategic corporate research and campaigns, work and the labor process, union organizing, and union and worker culture. In addition to numerous scholarly papers and journal articles, Juravich is the author of four books, including At the Altar of the Bottom Line: The Degradation of Work in the 21st Century (University of Massachusetts Press, 2009), Ravenswood: The Steelworkers' Victory and the Revival of American Labor (ILR/Cornell University Press, 1999), Commonwealth of Toil: Chapters in the History of Massachusetts Workers and Their Unions (University of Massachusetts Press, 1996) and Chaos on the Shop Floor: A Worker's View of Quality, Productivity, and Management (Temple University Press, 1985).

Juravich is on the editorial boards of the New Labor Forum and has been active in the Massachusetts Society of Professors/MTA/NEA, and was a founding member of Local 1000 of the American Federation of Musicians. A singer and songwriter, Juravich's albums Altar of the Bottom Line (2007) and Tangled in Our Dreams (with Teresa Healy) (2006) were released by Finnegan Music. Professor Juravich teaches Introduction to Labor Studies, Labor Research, Work and the Labor Process, Labor and Work in the United States, Working Class and Labor Movement Cultures, and Advanced Corporate Research. A link to his comprehensive set of resources for conducting corporate research and strategic campaigns in the U.S. and Canada can be found here.