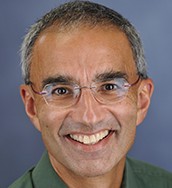 LAWRENCE — President Donald Trump announced Tuesday that the United States would exit the Iran nuclear deal designed to lift sanctions on the nation in exchange for it ceasing its nuclear program. Fulfilling an oft-repeated campaign promise, Trump said the move ended a deal that should not have been made in the first place and works against American interests.

The move comes after a number of American allies strenuously lobbied Trump to remain in the deal. The U.S. will reimpose sanctions that had been lifted. Raj Bhala, Brenneisen Distinguished Professor at the University of Kansas School of Law, can discuss the move, the Joint Comprehensive Plan of Action and economic and political ramifications of the move. An expert in international trade law, Bhala can offer insight on sanctions, Iran’s economy, the effects of the deal on Iran and the region, arguments for maintaining and scrapping the deal, what the move will do to both Iran and the U.S. economy and related issues. He said the move, like previous announcements by the administration, will affect national security, but not necessarily in a positive manner.

“The withdrawal from the Iran nuclear deal ranks alongside the withdrawal from the Trans-Pacific Partnership as the two decisions of the present administration that most undermine American national security,” Bhala said. “Both show ‘America First’ really means ‘American Folly,’ and the world is moving on past these self-marginalizing debacles.”

In addition to reinstating economic sanctions that were eliminated by the deal, the U.S. will also impose new economic penalties. Bhala, who has written extensively on trade law and economic issues, can discuss Iran’s role in the global economy and how the sanctions will affect the region.

Bhala has authored dozens of books and journal articles, including the two-volume treatise “Modern GATT Law,” International Trade Law: An Interdisciplinary, Non-Western Textbook, “Understanding Islamic Law: Shari’a” and “TPP Objectively: Law, Economics and National Security of History’s Largest, Longest Free Trade Agreement.” He has lectured around the world and worked in more than 25 countries and practiced international banking law at the Federal Reserve Bank of New York before entering academia.