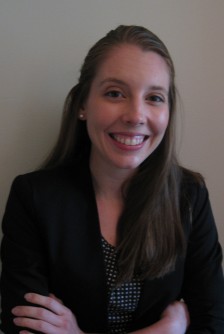 Newswise — SAN FRANCISCO -- Many politicians see the temporary worker program in the U.S. as a solution to undocumented immigration from Mexico. But an Indiana University study finds that these legal workers earn no more than undocumented immigrants, who unlike their legal counterparts can improve their situation by changing jobs or negotiating for better pay.

"Just because temporary workers are legally present in the country does not mean that they will have better jobs or wages than undocumented workers," said Lauren Apgar, lead researcher of the study "Temporary Worker Advantages? A Comparison of Mexican Immigrants' Work Outcomes."

She discussed her research on Sunday during the American Sociological Association's annual meeting.

"My research found that temporary workers’ visas effectively ensure that they are underpaid and cannot advance in the job market because they guarantee that the immigrant work for the sponsoring employer," she said. "Issuing visas to the employees, rather than the employers, offers a possible solution to prevent these abuses from occurring and to better protect those who serve a vital function in the national economy."

The most common employment visas issued to Mexicans are the H-2A visa for agricultural workers and the H-2B visa for low-skill, peak-load or intermittent workers. Apgar suggests reforming the temporary worker program so these visas are issued directly to workers, thus making the visa program potentially more attractive to undocumented immigrants.

Variations of her suggestion have been incorporated into federal immigration reform legislation, but these efforts have stalled in Congress. Much attention now is on the influx of unaccompanied children emigrating from Central America, which Apgar describes as a humanitarian crisis. because the children are fleeing gangs and violence. She said the refugee crisis, if it continues, could be framed as a rise in undocumented immigration, reinvigorating the concerns about undocumented immigration overall and the demand for an increased number of temporary worker visas. She said this would do nothing for visa reform or for the plight of these children.

"Temporary workers’ visa stipulations affect the overall labor market and can erode standards for all workers," Apgar said. "While temporary workers have often been pitted as competitors of U.S. workers -- taking jobs, lowering wages -- the fact that employers can take advantage of visa stipulations to lower wages worsens the conditions for the labor market overall."

In 1987, the U.S. offered Mexicans 4,808 H-2 visas; in 2013, the number had grown to 111,769 in 2013, according to Apgar's research. For her study, she analyzed data from the Mexican Migration Project, which has been collecting data concerning the experiences of temporary workers, undocumented immigrants and legal permanent residents since 1987. Her study involved data provided by 3,634 male heads of households.

The Department of Sociology is in the College of Arts and Sciences at IU Bloomington.