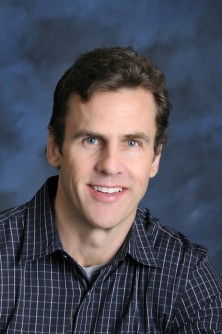 Maggot infestations, rotting carcasses, unidentifiable gunk in the kitchen sink – how much your brain responds to disgusting images could predict whether you are liberal or conservative.

In a study to be published in an upcoming issue of Current Biology, an international team of scientists led by Virginia Tech reports that the strength of a person’s reaction to repulsive images can forecast their political ideology.

“Disgusting images generate neural responses that are highly predictive of political orientation even when those neural responses don’t correspond with an individual’s conscious reaction to the images,” said Read Montague, a Virginia Tech Carilion Research Institute professor who led the study. “Remarkably, we found that the brain’s response to a single disgusting image was enough to predict an individual’s political ideology.”

In a brain scanner, participants were shown disgusting images, such as dirty toilets or mutilated carcasses, mixed with neutral and pleasant images, such as landscapes and babies.

Afterward, the subjects took a standard political ideology inventory, answering questions about how often they discuss politics and whether they agreed or disagreed with hot-button topics such as school prayer and gay marriage.

Using functional magnetic resonance imaging, scientists from the Virginia Tech Carilion Research Institute – in collaboration with researchers from University College London, Rice University, the University of Nebraska at Lincoln, and Yale University – recorded brain activity of the subjects responding to the images.

Responses to disgusting images could predict, with 95 percent to 98 percent accuracy, how a person would answer questions on the political survey.

The results suggest political ideologies are mapped onto established neural responses that may have served to protect our ancestors against environmental threats, Montague said. Those neural responses could be passed down family lines — it’s likely that disgust reactions are inherited.

“We pursued this research because previous work in a twin registry showed that political ideology — literally the degree to which someone is liberal or conservative — was highly heritable, almost as heritable as height,” said Montague, who directs the Computational Psychiatry Unit at the Virginia Tech Carilion Research Institute.

The responses could be a callback to the deep, adverse reactions primitive ancestors needed to avoid contamination and disease. To prevent unsavory consequences, they had to learn to separate the canteen from the latrine.

Montague points out that we’re not necessarily hardwired to respond on instinct alone. He uses height as an analogy.

“Genetics predetermines height – but not fully,” Montague said. “Nutrition, sleep, and starvation can all change someone’s ultimate height. But tall people’s children tend to be tall, and that’s a kind of starting point. If we can begin to understand that some automatic reactions to political issues may be simply that – reactions – then we might take the temperature down a bit in the current boiler of political discourse.”

People are unique among animals in their degree of cognitive control. Montague calls it a behavioral superpower.

“People can deny their biological instincts for an idea – think of hunger strikes for political reasons,” Montague said. “That requires a high degree of cognitive control, and that’s the point.”

The takeaway message for Election Day?