Marc Hetherington available for comment on the presidential election, including media coverage of the campaign. 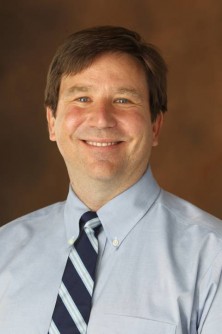 Marc Hetherington explains why Donald Trump appeals to the authoritarian within.

Marc Hetherington, professor of political science,can speak about how Donald Trump's success is the result of authoritarianism. He studies the American electorate, with a particular focus on the polarization of public opinion. He can discuss the presidential election, voting, public opinion polls, media coverage during the campaign, anti-government campaign rhetoric and how trust in government affects elections and public policy. He is the author of three books, including "Why Washington Won’t Work," which was named the best book in the field of political psychology published in 2015 by the International Society of Political Psychology.Vanderbilt has a 24/7 HD TV and radio studio. Use of the studio with Vanderbilt experts is free, other than reserving fiber time.

Caption: Marc Hetherington explains why Donald Trump appeals to the authoritarian within.