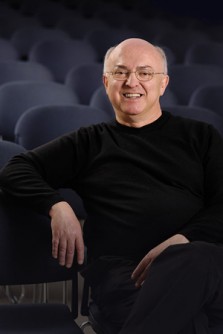 Newswise — WHAT: Johns Hopkins University political scientist Benjamin Ginsberg looks at what may be behind the flurry of executive orders and presidential memoranda issued during President Donald Trump’s first week in office. Ginsberg, the David Bernstein Professor of Political Science and chairman of the Johns Hopkins Center for Advanced Governmental Studies, is the author of Presidential Government, a book analyzing presidential power.

GINSBERG’S THOUGHTS: “In just several days since he assumed the presidency, Donald Trump has issued a host of executive orders and presidential memoranda, signaled a possible shift in American foreign policy by holding an apparently cordial discussion with Vladimir Putin, denounced the mass media, shuffled and reshuffled the National Security Council, fired the acting attorney general and named a new Supreme Court justice.

“Several of his executive orders reversed Obama-era orders such as reopening the way for the Keystone XL pipeline. Other orders implemented campaign promises such as the construction of a wall on the U.S.-Mexico border and imposing a freeze on immigration from several predominantly Muslim countries. Still other presidential directives called for expediting environmental reviews and reducing the size of the federal bureaucracy.

“These directives, couched in the form of presidential memoranda, have less force than executive orders, often giving guidance or suggestions to federal agencies rather than definite commands.

“Accompanying this flurry of activity was a swarm of presidential tweets. Continuing the pattern set during his campaign, Trump has issued tweets every morning. He has tweeted new domestic policy initiatives, new foreign policy directions, praise for his supporters and ill-tempered attacks against his opponents. The nation’s political agenda seems to be reset every morning from President Trump’s Twitter account.

“Many commentators have called the first days of the Trump administration chaotic and have decried ‘government by tweet.’ Each of Trump’s policy initiatives and many of this appointments have generated outrage among the president’s foes and on the part of the news media–the wall the immigration ban, the Supreme Court appointment–were all subjected to intense criticism and even angry demonstrations. Is this unstinting barrage of presidential actions and announcements some sort of executive madness?

“Perhaps, but whether intended or accidental, Trump’s barrage of initiatives is thus far, by sheer volume and audacity, having the effect of confusing and overwhelming his opponents. Indeed, each new measure creates an uproar that seems to drown out the uproar over the previous initiative. With the immigration ban, the wall was virtually forgotten. In turn, the Supreme Court appointment, whose announcement was moved forward for this purpose, diverted attention from the immigration ban, and so forth. The news media are particularly susceptible to this Trump tactic. No reporter wants to be the last person covering yesterday’s news. Yesterday’s events are quickly lost as today’s events take their place.

“So long as Trump is able to maintain the initiative and his current pace, his foes will be hard pressed to check him and regain their own footing.”

TO INTERVIEW GINSBERG: Members of the media interested in talking to Ben Ginsberg about this or related matters should contact Jill Rosen at 443-997-9903 or [email protected]