ND Expert: Cuts to NIH Could Do Irreparable Harm 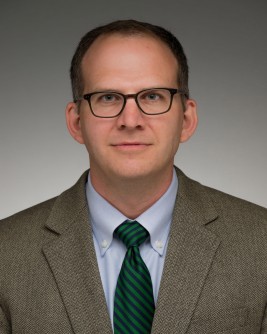 Zachary Schultz, associate professor of chemical and bimolecular engineering at the University of Notre Dame.

The budget proposal released by the Trump administration included a proposed significant cut in funding, a reported $5.8 billion, for the National Institutes of Health. Professor Zachary Schultz, an associate professor of chemical and bimolecular engineering at the University of Notre Dame, says…

“The budget proposal released by the White House imposes significant cuts to the National Institutes of Health (NIH). Flat budget climates have left many excellent research proposals unfunded, but the proposed 10 percent cut could do irreparable harm. These cuts are hard to reconcile with recent bipartisan initiatives, such as the Cancer Moonshot, which will require consistent and reliable funding models going forward. How the NIH allocates the budget reductions will be important, but they will likely be left with no good options.

“The grants funded by the NIH go into training future scientists; they keep scientists employed and active at the forefront of biomedical problems. The proposed cuts will eliminate positions and drive people out of the research community. Reducing an NIH grant by 10 percent effectively eliminates an entire position from a research project, leaving one less scientist ready to address future challenges. When the next avian flu, Zika virus or Ebola outbreak threatens the United States, the trained personnel ready to face these challenges will be more limited.

“Alternatively, the NIH may reduce the overall number of funded grants. This essentially makes a difficult environment near impossible for maintaining research. Significant gaps in funding can produce real losses. For example: Without funding, research providing unique insight into diseases may be lost, cutting off projects mid-course and requiring significant replication of efforts to resume the research at a later time.

“The proposed budget does not seem to recognize long-term implications, nor does it seem consistent with challenges facing us today.”

Schultz’s research focuses on developing new tools for identifying molecules relevant to biomedical diagnostics and other applications. He can be reached at 574-631-1853, or [email protected]