Net Neutrality: ASU Expert on How the FCC Vote Could Affect You 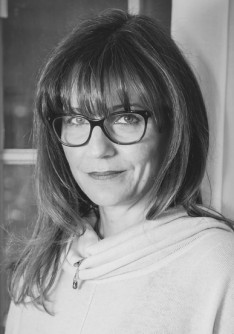 On Dec. 14, the Federal Communications Commission will vote on whether or not to eliminate net neutrality. To better understand the consequences of this vote, ASU Now spoke with Heather Ross, clinical assistant professor in the School for the Future of Innovation in Society and College of Nursing and Health Innovation at Arizona State University. Ross detailed the potential negative consequences for consumers, students, political campaigns and healthcare.

Question: Practically speaking, how will eliminating net neutrality affect the average American? Will people notice a change in their internet speed or cost?

Answer: From a practical perspective, eliminating net neutrality will transform the current internet from an information superhighway where all the lanes travel at the same speed to a road with many different lanes, including high-speed lanes that are limited to certain users, and low-speed lanes that everyone else can use. Eliminating net neutrality will put internet service providers (ISPs) like AT&T, Comcast, Verizon and Charter in charge of which websites can use which lanes. Keep in mind that the rules governing the internet and net neutrality are written in the Communications Act of 1934, long before the internet existed (or superhighways, for that matter).

Most people will notice some changes in their internet speed for some sites, depending on their ISP. For example, in a hypothetical case, Comcast could choose to put its own proprietary video streaming service in a high-speed lane but place Netflix in a lower-speed lane that results in interrupted video quality. In a real-life case, in 2012 (prior to the net-neutrality regulations of 2015) Verizon limited the use of the iPhone's FaceTime video calling service on certain cellular plans. In this hypothetical case, Comcast could charge its customers an additional fee to stream Netflix at a higher speed. In the real-life AT&T case from 2012, cellular FaceTime video calling was only available on higher-cost cellular plans.

Q: How could college students who are completing their education online be affected by a loss of net neutrality?

A: ASU joins many other universities around the world in offering online educational opportunities so that students can start, continue and complete their education at all levels, wherever they happen to live or whatever their life circumstances. Personally, I have had the privilege of teaching students who are actively deployed in the military, who have kept up with their education by using online resources. For online students, a slow-down in internet speeds or even blockage of certain sites can impede their ability to access videos, audio recordings, live-streamed lectures and interactive discussions that make online learning feasible and effective. In effect, losing net neutrality has the potential to limit or restrict the content that online students can access, which can slow down their ability to learn and complete their coursework.

Q: Over the last decade, political campaigns have increasingly relied on the internet to connect with voters. Would candidates and campaigns need to adjust their strategy if net neutrality is eliminated?

A: Many political candidates worry that if net neutrality is eliminated, ISPs may target political communications and websites for internet speed slowdowns or restrictions. Some candidates fear that slowdowns could be targeted along political party lines, and therefore disadvantage one party's ability to communicate with voters effectively. If net neutrality is eliminated, candidates, campaigns, political activists and organizations may need to find other grassroots ways to connect with voters. For example, so-called old-fashioned methods of direct mail and telephones may return to prominence in political messaging. In addition, never count out the power of innovating new types of communication systems to replace the role that the internet currently plays. (Disclosure: I am a candidate for U.S. Congress in 2018.)

A: Healthcare today revolves around the internet for the use of electronic medical records (EMRs) that were mandated by the federal government in the HITECH Act and the ACA. Today, nearly 90 percent of medical practices use an electronic medical record. Internet speed slowdowns could impact healthcare providers' efficiency in the hospital and the clinic, or force healthcare providers to pay more to their ISP to ensure that their EMRs function at a higher speed.

Beyond medical records, many people use internet-connected medical devices for a range of medical conditions including diabetes and heart rhythm disorders. For some people, internet-connected medical devices provide critical information and treatment to keep them alive. If net neutrality is eliminated, patients like these may run the risk of a slowdown in communication speed for their critical health information. For some people, like someone with dangerously low blood sugar or someone who is having an abnormal heart rhythm that puts them at risk for a stroke, slower internet speeds could raise their risk of a worsened or dangerous health outcome that could have been prevented with faster internet-based communication, whether directly to the patient or to their healthcare provider.

Finally, many health researchers work in teams located all over the world that rely on sharing vast sums of complex data over the internet. Restrictions or slowdowns in data may hamper research and innovation progress for universities, nonprofits and corporations by increasing the costs of data communication in both time and money.