Could Explain Why Beliefs Are So Strongly Held, Resistant to Facts 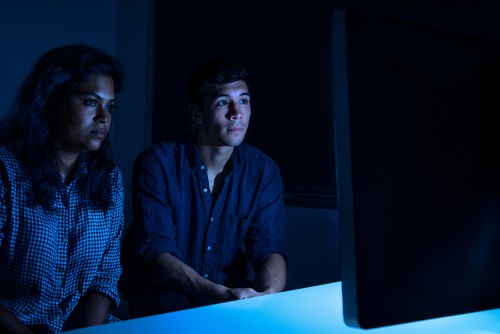 Newswise — Are you a fan of the HBO series “Game of Thrones”? What about the Avengers film franchise? Maybe you love “House of Cards” on Netflix or the “Hunger Games” movies?

As it turns out, you’re not just enjoying these shows – or any entertainment that absorbs your attention and allows you to temporarily escape the real world. You’re also shaping your political viewpoint, often unwittingly, as you watch them.

So says Anthony Gierzynski, professor and chair of the political science department at The University of Vermont, in his latest book, “The Political Effects of Entertainment Media: How Fictional Worlds Affect Real World Political Perspectives.” In the book, released in August, Gierzynski argues that the content people consume for fun plays a serious role in their attitudes about social justice, crime and terrorism, tolerance and diversity, the benefits or dangers of technology, and the characteristics of leadership.

“The unique state of mind that occurs when we are transported by stories and identify with characters makes fictional stories (perhaps especially those most disconnected from our current reality, such as fantasy and science fiction) a more potent agent of political learning than overt attempts to teach politically relevant values,” he writes.

The book is one of few in academic research to explore the connection between popular entertainment and political beliefs. It expands on Gierzynski’s 2013 book, “Harry Potter and the Millennials: Research Methods and the Politics of the Muggle Generation,” which found that the books and films about the boy wizard influenced the political perspectives of those who grew up with them.

Research for the new book took place before the 2016 presidential election, but the subject is all the more relevant in today’s polarized political environment.

With greater awareness of the influence of entertainment, Gierzynski says, people might recognize that they aren’t as rational as they thought they were in developing their staunch opinions and might become more open to opposing ideas.

“If you become aware of the fact that your views are not based on reason and evidence alone, then you might be able to have a conversation with someone who disagrees with you,” he says.

The proliferation of entertainment options, fueled by streaming and on-demand services, far outpaces that of news content today. And fiction captivates viewers on a more visceral level than news, allowing for greater influence, Gierzynski says. “In entertainment, you’re less on your guard.”

For the book, Gierzynski conducted 13 separate studies and experiments with the help of students from his courses. Using standard methods for social science research and survey tools, his team looked for correlations between participants’ immersion in a specific TV show and their political philosophies.

Many movies and TV shows contain political subject matter: “House of Cards” is about an unscrupulous congressman; much of science fiction features a president making decisions about an alien invasion. Overt political content, though, doesn’t usually change viewers’ minds, Gierzynski explains. It’s the thematic undertones of the story that alter our answers to political questions.

One of those themes is “belief in a just world,” the focus of Gierzynski’s study using “Game of Thrones.” In the TV series, good rarely triumphs over evil. Instead, the villainous characters seem disproportionately to overtake and, often, kill the honorable characters.

A person who sees the world as unjust might favor socially corrective measures to protect human rights and level the playing field for those less fortunate, he notes.

Gierzynski and his students conducted a similar study for “House of Cards,” determining its influence on cynicism about political leadership, which in turn could discourage the viewer from seeing the value of political engagement or even the need to vote in elections.

Gierzynski himself is a science fiction fan. He loves “Battlestar Galactica” and will talk at length about the potential for the character of the strong female president to influence viewers’ perspectives on gender and leadership.

Gierzynski has spent more than 25 years studying political parties, elections and campaign finance. The power of fictional entertainment fascinated him partly because many social science colleagues dismissed this content as either inconsequential in swaying political opinion or, because we choose what we watch, simply a reinforcement of the beliefs we already have, he says.

Gierzynski found that’s not true, that fictional storylines can change thinking – and they have done so throughout history.

“No one questions the fact that ‘Uncle Tom’s Cabin’ had a huge impact on people’s views about slavery and racism,” he says.

Is the COVID pandemic over? Not quite there, says scientists