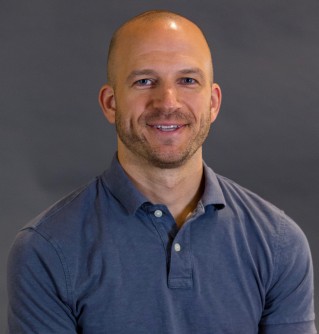 Newswise — Policymakers, researchers and journalists alike will soon have access to roughly 4.2 million state government decisions in a single database.

West Virginia University political science researcher, William Franko, a professor in the Rockefeller School of Politics and Policy, is part of a research team collecting every legislative bill, executive rule and judicial decision across all 50 states, some dating back to the 1950s.

Over the next three years, the policies will be collected, digitized and compiled in an open source database. The first-of-its-kind database will serve as a comprehensive source of data to track the movement of policies from one state government to another.

“This data will help us have a better sense of the dynamics of policy diffusion in the states. Thinking about the way policy ideas spread broadly, those ideas don’t just come from the legislative branch. Policy ideas occur in all branches of state government,” Franko said. “The database will allow us to look at all of these decisions in a more consistent way.”

While policy diffusion has been a topic of focus in the social sciences for several decades, data availability and technology have limited opportunities to trace diffusion patterns across states and branches of government—until now.

“Most of the existing research has only looked at policy adoptions within the state—policies that have made it through the policy process. This approach can miss the general concept of the policy ideas being shared just because of all the things that can happen during the policy process,” said Franko. “Our governments are designed to not make a whole lot of changes, and they tend to move slowly when it comes to policy change. That doesn’t really stop ideas from flowing from one state to another. When you just look at the adoption of policies, you are potentially missing the way these ideas are shared within and across states.”

The database will be available online and as part of an open source software package for more advanced analysis, which will include methods to easily determine where policies began and how they spread throughout other states.

For research on the causes and consequences of economic inequality, for example, the database could track how states respond to economic decline by exploring their fiscal policies.

“The database can help us understand decisions, particularly in times of economic decline when really important, really hard decisions are made. During the 2008 recession, not all states responded in the same way. Some tried to maintain or increase tax revenue while only cutting some areas, while other states were cutting essentially everything,” Franko said. “That leads to very different economic and social outcomes depending on what types of strategies the states take during these times. The database can provide a better idea of that decision-making process and the goals of the policy decisions from the states’ perspectives.”

Mini conferences (locations and dates to be announced) are planned for 2018 to gather feedback from prospective users, including policymakers, researchers, educators and journalists.

“(The database) will be useful for policymakers who don’t necessarily have the connections or networks that people in other states do, especially the less professionalized state legislatures,” said Franko. “If you don’t have all those resources, you could potentially use this database to see how ideas have evolved and spread throughout the country. It will give policymakers some insight into how far ideas go back and how other states have responded to similar situations.”

The project is supported by a $50,000 National Science Foundation grant. Part of the NSF’s Division of Social and Economic Sciences, it is one of 15 grants totaling nearly $5 million awarded for the development of user-friendly, next-generation data resources that can help advance research in the social, behavioral and economic sciences.