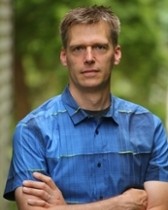 EVANSTON, Ill. --- President Donald Trump announced today (May 8) that he is withdrawing the U.S. from the Iran nuclear deal. Northwestern University political science professor Ian Hurd is available for comment.

Quote from Professor Hurd
“This is a paradigm case of shooting oneself in the foot. If the goal is to limit Iran’s nuclear development then ending the agreement is exactly the wrong choice by the U.S.

“There is no plausible national security reason to end the agreement with Iran. All strategic considerations point to the fact that it is smarter for the U.S. to stay in the agreement. The agreement limits Iran’s nuclear technology, it provides for verification, and it encourages Iran’s integration into the international community -- all the good reasons point toward continuing the agreement.

“The end of the agreement reflects Trump’s desire to undercut any policy that he thinks is associated with President Obama, paired with his new national security team’s desire to destabilize Iran. Both are irrational and do a disservice to American interests.

Trump has successfully alienated American allies in Europe, and it is unlikely that EU countries will go along with new sanctions against Iran. If the U.S. imposes new sanctions as Trump wants, he will find that it only hurts U.S. business and consumers. Iranian businesses will continue to develop their relations with Europe and China and leave the U.S. further isolated.

“In foreign policy, Trump has proved a master of making a mess of things and blaming it on others -- he has done this on trade, on alliances, on climate and now on Iran. The Iran agreement was very useful for the U.S. and withdrawing from it is foolish.”