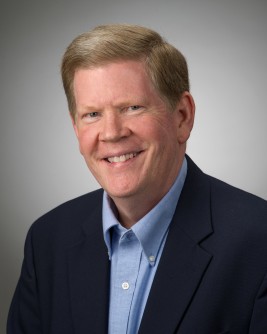 "Mike Pence's circumstance is particularly significant. He needs to come across as a calming presence on the Republican ticket, and he could be placed on the defensive, given how Trump has handled himself since his first debate with Clinton. Thus far Trump has overshadowed Pence to the degree that most of the electorate doesn't know that much about him.

"Voters' opinions, both positive and negative, are well established for Hillary Clinton and Donald Trump, but Tim Kaine and Mike Pence are much less well known among Americans. Tuesday's debate is an opportunity for the broader public to get a better sense of what they know and how they conduct themselves with millions of people watching. Will the debate make much of a difference in the outcome Nov. 8? Not really. The event, though, will provide a fuller picture of the Democratic and Republican tickets in 2016."

A frequent contributor to popular publications, Schmuhl is the author or editor of 13 books, including "Statecraft and Stagecraft: American Political Life in the Age of Personality" (1990, 1992, and 2016) and "Demanding Democracy" (1994).

The University of Notre Dame has a dedicated ISDN line and television studio available on campus.